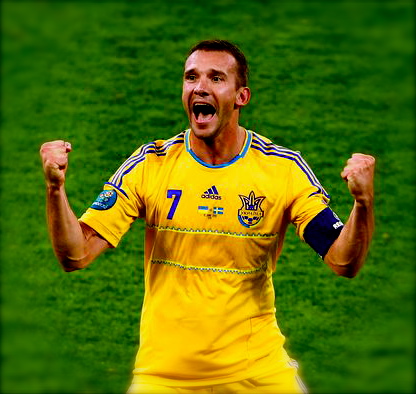 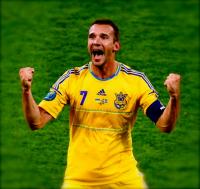 Ukraine found themselves in a 1-0 hole after Zlatan Ibrahimovich put Sweden up on the score cards in the 52nd minute. When things started looking bleak for the co-hosts, they turned to their 35-year old captain and asked him to deliver.

And deliver he did. Twice.

Andriy Shevchenko, Ukraine’s former European Player of the Year, scored twice on headers in a seven-minute span – 55th and 62nd minute – lifting his country to a 2-1 victory over Sweden at Euro 2012

Looking more like a spry 20-something instead of a grizzled 35, Shevchenko showed that he still had plenty of gas left in his tank with the two goals, his 47th and 48th for Ukraine in 108 national team appearances.

Sweden had one final shot to score an equalizer in the dying minutes, but Ibrahimovic misjudged a shot that banged across the post.

With the win, Ukraine propelled themselves on top of the Group D tables after France and England ended in a 1-1 draw.

Speaking of France and England, the two storied powerhouses came into the tournament on slightly different trajectories. France was boasting of a squad infused with young talent to go with the old veterans. England, meanwhile, had been struggling to get rid of the injury bug and with star striker Wayne Rooney suspended for two matches, the stage was setting up for a French romp of the English.

Of course, perception isn’t always reality as the Three Lions went ahead on a Joleon Lescott header in the 30th minute of action. Despite giving up a goal to France’s Samir Nasri nine minutes later, the depleted English squad dug deep in the second half, showing tremendous defensive resilience and dousing every French attack that seemed to only grow stronger and stronger in the second half.

The crucial 1-1 draw is a disappointment to Les Blues who had every intention of running the table in Group D. But now it appears that they’ve got their hands full even trying to get out of the group stages.