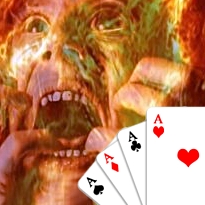 A gang of alleged card cheats is facing trial in Macau for a scheme that took the Grand Lisboa casino for over HK$24m ($3m) in March 2011. The gang’s scheme involved switching card shuffling machines at the SJM Holdings casino with similar machines equipped with small video cameras. The cameras would read the cards as they were shuffled, then this footage would be screened in slow-motion by one gang member, who would relay the order of the cards to an accomplice at the gaming table so he’d know how to bet. The gang’s activities were first uncovered at another SJM facility, Le Royal Arc, after routine maintenance on a shuffling machine revealed the presence of the camera inside. Six of the seven accused have pleaded not guilty, while the seventh declined to enter a plea. Three other members of the gang remain at large.

After discovering the camera in Jan. 2011, SJM claims it immediately notified police, who placed the casino under surveillance, which led to the arrests of the scammers in July 2011. However, sources told Gambling Compliance that at least one Macau concessionaire was never notified that the gang was operating its scam during the months between the discovery and the July arrests. Senior staff members at Macau’s Gaming Inspection and Coordination Bureau (DICJ) were also apparently in the dark until the suspects were paraded before the media in July.

The scam is similar to one uncovered in South Korea this spring, although the SJM case reportedly didn’t rely on an inside man to ensure the machine swapping. Will card shuffling machine makers now be compelled to make the machines’ housings translucent? That wouldn’t have stopped the cheaters who took Philippine casinos for P160m ($3.7m) in June 2011 by hiding tiny cameras up their shirt sleeves. A similar scam took Las Vegas baccarat tables for $1m in January 2011. Perhaps casinos should require all patrons to play shirtless to demonstrate there’s nothing up their (non-existent) sleeves. Or would the sight of a bunch of pasty, flabby men at the table stray too far from the luxurious James-Bond-in-a-tuxedo image that casinos prefer to promote?

BACCARAT REVEALS EAST-WEST DIVIDE
Scams like the ones cited above are increasing in frequency along with the growing popularity of baccarat. The game is not just the principal driver of revenues in Macau and Singapore casinos; the difference between monthly profit and loss in Las Vegas is increasingly decided by the wild variance in VIP baccarat hold. But for all Nevada’s dependence on baccarat revenues, the game has yet to make much of an impression on US gamblers. MGM Resorts Jim Murren has described his company’s baccarat business as primarily international, with “very little” interest coming from MGM’s domestic audience.

Former Aladdin hotel/casino exec Bill Zender told Las Vegas Weekly that baccarat appeals to the “strong belief in fate” common among Asian players. Tradition has it that once the cards are loaded into a shuffling machine, the gambler’s fate has literally been sealed. “Any mistake made by the dealer that is not handled with the correct procedure and changes the order of the cards could chase [players] from the table.” Non-Asians – Americans, in particular – appear far less eager to surrender themselves to fate, preferring table games in which they have more input into the outcome than the near-binary dealer/player win/lose scenario of baccarat.

ENVIRONMENTALISTS, LOOK AWAY
Despite the alleged tendencies of Asian gamblers to surrender themselves to fate, there are ways in which they believe they can influence the outcome. Before dealt cards are examined, gamblers are known to rub, turn, bend, crinkle, squeeze and otherwise finger-fuck the things. Despite the obvious evidence that such rituals don’t always work, it’s like people tossing spilled salt over their shoulders: it’s something you just do. 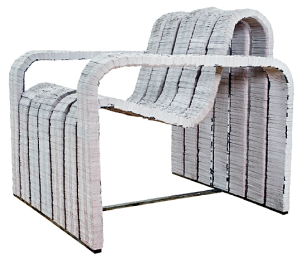 All this hot man-on-card action renders the cards unusable for future casino play. Now consider that Wynn Macau (for example) goes through 10 times as many cards than its Las Vegas equivalent. World Gaming did some admittedly very rough number crunching, using the total number of baccarat tables in action in Macau, the duration per day each of these tables is likely to be in action and how much play goes on while these tables are dealing. The rough estimate of the number of cards Macau goes through in a single day is 12m, for a yearly total of 4.4b cards. Small wonder that Asian card manufacturers can barely keep pace with the demand.

Of course, coated playing cards are generally non-recyclable. Most casinos make token efforts to offer used cards to the public for home enjoyment, but there are only so many packs of cards any individual needs. The rest end up in landfills, which makes Macau’s card habit an environmental catastrophuck. (If a tree falls in the forest, does anybody bet?) However, offbeat South Carolina designer Benjamin Rollins Caldwell is doing his bit to stop the madness. BRC Designs’ ‘Deuces Wild’ chair (pictured right) is constructed from 350 decks of used playing cards (available in blue or red cards). There’s also a sturdy Low Table that goes along with it made from another 350 cards. Oddly, they don’t fold.