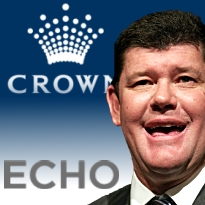 The interim report on Australia’s Interactive Gambling Act suggested there was a lack of clarity in punters’ minds as to what online betting options were prohibited and which weren’t. The same could be said for the report’s stance on in-play betting. While the report recommends that in-play betting – currently available via phone or in person – should also be made available online, the report calls for a ban on “micro bets” i.e. betting on the outcome of a particular play, such as a serve in tennis. The minister responsible for the new laws will be in charge of determining exactly what qualifies as a micro bet. Good luck with that.

All gambling is a bad bet according to Sen. Nick Xenophon, so his broken record was repeating its few familiar notes on Tuesday. Xenophon said implementing the interim report into law would be “an unmitigated disaster” that will create a “massive new tidal wave of problem gamblers.” Xenophon accused the federal government of doing a “complete about turn” on the issue and predicts the feds will “become as hooked on gambling revenue as much as the states are.”

PACKER YOUR BAGS
Contrary to what some analysts had suggested, Crown Ltd. boss James Packer (pictured above right) appears determined to follow through on his takeover of rival Echo Entertainment, which operates Sydney’s Star Casino and casinos in Queensland. The Daily Telegraph reports that Packer, who upped his stake in Echo to 10% in February, will call an extraordinary general meeting of shareholders for a vote to oust Echo chairman John Story from his seat on Echo’s board of directors and install former Victorian premier Jeff Kennett in Story’s seat. Echo has 21 days to grant Packer’s request for a vote meeting, which must then take place within two months. A Crown source claimed Packer “isn’t going away. If he misses this one, he’ll wait until he gets more shares then he’ll call another general meeting, then another one. He’ll get there eventually.”

Packer cited Story’s alleged bungling of the inquiry into shenanigans at the Star as justification for showing him the door. More to the point, Story refused Packer’s request to give Crown a seat on the Echo board after Packer boosted his stake. Echo holds a monopoly on casinos in the Sydney area, but Packer is pushing for a second casino in Sydney’s Barangaroo district to attract Asian high rollers. Packer issued a statement praising Kennett as a man who would help “turn Echo into a world class gaming and entertainment company.” Kennett said he wanted to help Echo “lift the bar” at its casinos.

Meanwhile, the Courier-Mail reported that Echo Entertainment’s proposal to build a new casino in Brisbane has been rejected by Queensland’s government. Echo had proposed building a 36-storey riverside casino on the site of the former State Library, but Works Minister Bruce Flegg has told the company that it wasn’t about “to allow Brisbane’s heritage to be trashed.” That said, the government remains open to proposals to build on other sites. Among the expected other parties that are expected to submit proposals? Packer’s Crown Ltd. Oh, it’s on, bitches…