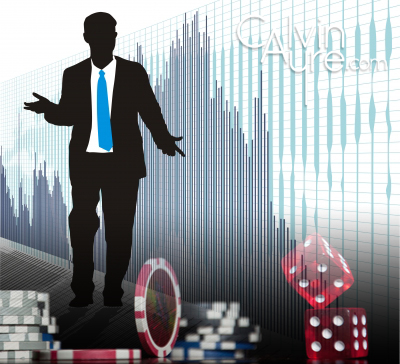 Earnings season in the stock market has begun in earnest, as companies begin to report earnings for the first quarter of 2011. Gambling industry heavyweights such as Las Vegas Sands (LVS), slot machine manufacturer International Game Technology (IGT), racetrack and casino operator Penn National (PENN) were among the companies reporting quarterly results. Below, a recap of some key earnings reports, and what they mean for the companies, their share prices, and the industry at large:

LVS beat analyst estimates in the first quarter, becoming the first gambling company to post $1 billion in earnings in a single quarter. Revenues rose 31% year-over-year to $2.76 billion, an industry-wide record according to the company’s earnings release. The company’s strength in Macau was not the only driver; EBITDA (earnings before interest, taxes, depreciation, and amortization) at the company’s Marina Bay Sands property in Singapore grew 66%, and revenue and earnings grew at the US operations in Las Vegas and Pennsylvania. Overall, adjusted earnings of 70 cents per share swamped the Wall Street consensus estimate of 60 cents per share.

And, yet, the stock fell sharply after the earnings were released after the US market closed on Wednesday, dropping some 4.75% over the next two days despite two positive trading sessions in the broader US market. As Barron’s noted, some investors seemed to be spooked by the company’s “defensive” tone on its post-earnings conference call. “The tone of LVS’ Q1 earnings call at best can be described as contentious,” wrote Nomura Securities’ gambling analyst Harry Curtis in a note to investors, pointing out that the company was reluctant to share additional information on the new Sands Cotai property that opened earlier this month, as well as the company’s announced development in Spain.

Curtis wasn’t exaggerating; Adelson was more than a bit ornery on the call, using his opening statements to blast rumors of a seventh concession on the island, a potential loss of table games as the new project opened, and the widely reported $35 billion price tag on the company’s proposed European expansion. “For those people…that know more than we know, and maybe you [sic] would ostensibly know more than the government knows, it’s right to apply for a job [with] us as a government relations person,” he told listeners sarcastically. Later, in response to a question on “positive hold impact” on EBITDA in Vegas and Singapore, Adelson bristled again. He instead gave the 200-day moving average, dismissing the quarterly hold rate, and offering to provide a “multimillion dollar prize” to anyone who could guess the company’s win rate from a quarterly basis down to the minute. “Just being sarcastic about that,” Adelson added at the end – as if it wasn’t already obvious. He again took a rather imperious tone when he told BofA Merrill Lynch analyst Shaun Kelley to “call this number again” next quarter when asked about potential cannibalization of existing Sands properties by the new Sands Cotai Central.

That cannibalization might be a real issue, because Sands’ Macau operations that were not as impressive as they seemed at first glance. The 25% revenue growth was actually below the growth in the total Macau gambling market, meaning that LVS likely lost a small amount of market share in the quarter. Worse, profit margin took a tumble, as EBITDA grew 21% and net income just 5.8%. The latter figure was clearly below expectations, and helped drive the share price of Sands China (1928.HK), the company’s Hong-Kong listed subsidiary, down 2.4% after its earnings release.

With LVS on a such a bull run – particularly in 2012, as the stock is still up 31.3% year-to-date – it appears expectations may have just gotten ahead of the company’s impressive growth. LVS has now corrected by some 10% from a three-year high reached earlier this month. As I argued back in March, LVS became a momentum stock – and the Street loves to take down momentum stocks. As Nomura’s Curtis noted, this may result in additional near-term downside for the stock. Long-term, Adelson’s vision, constant drive toward expansion, and impressive earnings growth make the stock worth a look if it continues to fall. As Adelson himself noted in his opening statement, only one other stock of the more than 12,000 listed on US exchanges have the combination of size, growth, and a quarterly dividend offered by LVS: market darling – and the world’s most valuable company – Apple.

IGT continues to struggle, despite beating analyst estimates with fiscal second quarter earnings and raising its full-year earnings guidance to a range of $0.98 to $1.04 per share. The market responded by pushing the stock down 4.7% for the week to a close on Friday of $15.79. Despite strength in the overall market, and the gambling sector, IGT stock is down for the month, year-to-date, and last twelve months.

What exactly caused IGT‘s decline is unclear; what is clear is that its competitors are nipping at its heels, perhaps one reason the stock has stagnated for most of the last two years. Small-cap provider Multimedia Games (MGAM) has nearly tripled from October lows, thanks in large part to a blowout December quarter. Meanwhile, shares of the US’ second-largest manufacturer, Bally Technologies (BYI), have doubled, reaching a four-year high this week after fiscal third quarter earnings set a quarterly revenue record for the company and earnings rose by more than 50 percent.

The market’s sentiment toward the respective companies’ growth prospects can be seen in their earnings; BYI now trades at 20 times the midpoint of its guidance, and MGAM 26. Even struggling WMS Industries (WMS) – who saw three separate declines of over 10% in 2011 based on earnings misses – is valued at around 20 times earnings. Yet IGT trades at just 16 times the low end of its fiscal 2012 earnings guidance. Its lower growth rate and skepticism about its $500 million acquisition of Double Down Interactive in January are likely contributing to IGT’s lower multiple.

In this week’s Barron’s, analysts noted that continued growth in Asia and the expansion of casinos in North America could lead to gains for slot machine manufacturers – the same case I made on this site back in January. According to the report, analysts at Morgan Stanley and Sterne Agee chose IGT as the prime beneficiary, noting its North American market share of 50% and its huge cash flow advantage over competitors WMS and Bally. But it also noted that IGT “expects” to get 45-50% of new orders in 2012 – forecasting a likely (albeit small) decline in market share. And Nomura’s Curtis (the same analyst who noted Sheldon Adelson’s “contentious” tone) noted in the IGT conference call that its competitors are “underselling” IGT’s products. Given the low margins and competition for casino operators, particularly in the US, lower prices could be of definite interest, and take their toll on IGT’s profit margin. CEO Patti Hart noted that average selling prices for the company’s machines did improve year-over-year; but can IGT sustain its current pricing if competitors continue to challenge it? Furthermore, IGT may not be the prime beneficiary of growth in Macau and the rest of Asia; IGT’s international market share is substantially lower – “in the mid-teens,” according to Hart.

So, if IGT can increase its market share overseas, if it can continue to hold the line on pricing without seeing its North American dominance erode, and if it can integrate Double Down and gain more than the one-cent per share earnings boost it expects in the near future, it is a long-term buy. Simply put, IGT has to execute. Right now, its competitors are doing a better job – and the valuations, and recent earnings releases, prove that point.

Two of the largest US-facing casino operators also reported strong earnings. Penn National, which operates 26 facilities in 19 states, also hit a nearly four-year high before settling in at Friday’s close of $45.20. Its first quarter earnings (reported last week) beat analyst estimates, and the company raised its full-year earnings guidance to $2.48 per share, from a previously estimated $2.26. Boyd also beat earnings estimates, but its stock fell 4.3% for the week, closing Friday at $7.89, up modestly year-to-date. 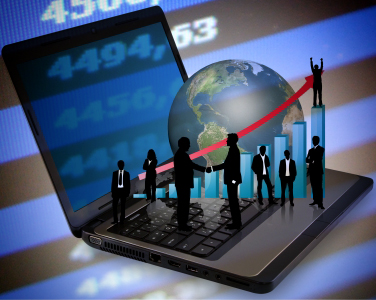 Despite the good news, both company’s reports – and conference calls – showed the continuing headwinds facing US-based operators. Penn’s conference call Q&A was dominated by talk of “cannibalization” in Kansas City, Illinois, and Maryland, while Boyd CFO Josh Hirsberg was asked about the effect of the new Revel on the company’s 50%-owned Borgata property in Atlantic City. These issues are nothing new for the companies, which in fact compete head-to-head in Illinois, Louisiana, and Mississippi.

Furthermore, neither company saw substantial revenue growth outside of acquired properties. Boyd’s legacy Las Vegas properties were “up slightly” year-over-year, while its smaller Downtown operations grew the top line 2.4%, according to the company’s earnings release. Penn actually saw revenue decrease in two of its geographic segments, with most of its top- and bottom-line growth coming from its acquisition of the M Resort in Henderson, Nevada. Boyd showed strong performance in the Midwest and South, growing market share and margins, but was still weighed down by its huge debt load. Operating income was $76 million – but interest expense nearly $64 million.

In short, with PENN trading at 18 times its 2012 guidance, and BYD nearly 20 times its 2013 estimate, it becomes difficult to see where earnings growth will come from. Acquisitions often carry a high cost – with Boyd’s huge debt load, any large purchase will be difficult, if not impossible – and so-called “same store” sales should continue to stagnate. Competition, taxes, and debts will remain headwinds even as the US economy slowly recovers.

In reviewing last quarter’s earnings results, I wrote the following: “Focus on Macau and casino suppliers; ignore companies who are tied to the over-regulated, under-performing American market.” Despite modest improvement for PENN and BYD, that advice still seems sound. Both stocks are still richly valued, both still face a wealth of challenges, and neither can provide the growth that international operators – or their suppliers – will offer. While this week’s earnings may have surprised analysts, the issues facing the companies in the future shouldn’t surprise anyone who truly understands the gambling industry.