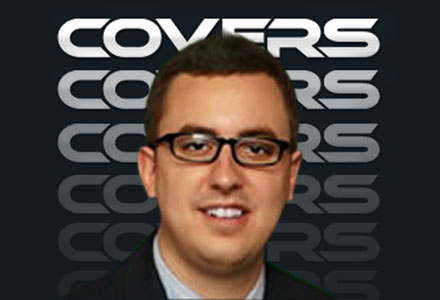 Sports betting info site Covers.com has never been the type to shy away from sleazing their clientele. We’ve already covered what these dudes are capable of on multiple occasions. But it appears that they never learn their lesson, especially with their latest escapade, which, as always, is a doozy.

A couple of weeks ago, April 10, to be exact, Covers Experts introduced a new sports handicapper to their stable, a dude that goes by the name of “Jack Zito”. Zito was introduced as a 21-year-old sports betting genius who started betting with parlay cards when he was 8 years old, spends 12-15 hours a day handicapping sports, cashed in on the Hilton NFL Supercontest, and believe it or not, has “a team of statisticians working on his behalf”.

All while he’s attending college.

Knowing how Covers operates, our eyebrows raised faster than you could say “scam!”.

And apparently, we weren’t the only ones.

Smelling a fish in decrepit waters, BeyondtheBets.com – big props for uncovering the dirt, guys! – did a thorough background check on Jack Zito and, predictably enough, found plenty of erroneous information that would make even Charles Ponzi blush. For starters, BTB managed to retrieve the resume Zito submitted to Covers and found some parts extremely skeptical. In the resume, Zito wrote that he was a professional sports bettor. Then there were braggadocio claims that he bet on sports only as a source of income, he spends 12 to 15 hours per day handicapping, and he has devised multiple effective sports betting systems. Operative word on that last part: multiple.

Not contented with those “accomplishments”, Zito also claimed to write for a Homer’s Poet sports blog – we checked it out and found no “Jack Zito” on the list of 4 contributors, although we did find that in the course of his supposed employment, one of the blogs founders, Mario Sacco, was the one giving out betting picks – and spent some time working as a storage garage manager for Coral Storage. Normally, we wouldn’t care about that storage manager gig, but considering that Zito also mentioned that sports betting was his only source of income and it overlapped with his gig at Coral Storage, and you have a resume that’s ripe with inconsistencies.

B2B did their own analysis of Zito’s resume and did a fantastic job pointing out all the shady points written on it.

Here’s where it gets even more interesting. Zito, a self-proclaimed sports betting wizard, was apparently fired five days into his work at Covers after posting a “stellar” 3-9 record. 3-9, fellas. 3 wins and 9 losses. This is important because B2B managed to correspond with Zito himself through various e-mails, and one in particular, dated March 27, contained a comment by Zito saying that in his five years he has never bet on an MLB total, followed by this nugget: “In fact, I don’t handicap baseball at all”.

Why is that important, you ask? Because of the last 10 picks he posted on Covers, six of them were MLB picks. Shadiness all around, people!

This whole Jack Zito episode further puts the spotlight on Covers as a site that deals underhandedly so many times it’s hard to keep count on how many atrocities they’ve committed to their readers. Remember, these are the same dirtbags that cost a lot of its OWN readers a lot of money from that BetED fiasco. Lord knows where they get the gall to keep trying these shameless acts of deceit, especially after they’ve been caught with their hands on the cookie jar multiple times in the past.

Introducing another fake tout  is just the latest reason why nobody should trust these guys.