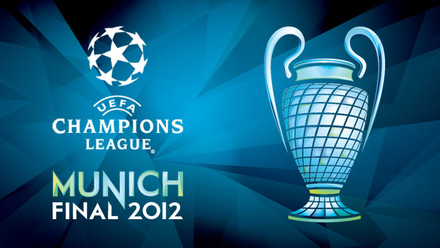 The UEFA Champions League Finals will be played at the Allianz Arena in Munich on May 19. Everything will go according to plan, except for one important thing: the two teams playing in it.

Entering the semis, everybody and their mothers had already penciled in both Real Madrid and FC Barcelona to renew their El Clasico rivalry on the biggest stage in club football. The two teams, considered as the two best football clubs in the world, were overwhelming favorites to beat Bayern Munich and Chelsea in their respective semi-finals matches.

But like we always say, there’s no such thing as a sure bet in sports.

And so, against all odds, Bayern Munich and Chelsea both took down the Spanish giants, setting up a Champions League final that will have an interesting take, not just for football fans, but also for sports bettors.

The early favorite to win the title now is Bayern Munich, who beat Madrid on penalty kicks after Bastian Schweinsteiger sent Los Blancos packing with a dead-eye, straight-down-the-middle penalty kick past the flailing arms of Madrid goalkeeper Iker Casillas. Real seemed to be on top form early on as Christiano Ronaldo scored two early goals – one on a penalty kick – to give the home team a 2-0 lead. But the ever-so-important “away” goal reared its head once again when Bayern stalwart Arjen Robben scored on his own penalty kick in the 27th minute, tying the aggregate score at 3 apiece. After a scoreless second half and overtime, Real Madrid shot themselves on the foot with repeated PK misses from Ronaldo, Kaka, and most egregiously, Sergio Ramos.

The other semi showdown between Chelsea and Barcelona followed a similar script when the latter took a 2-0 lead, only to see Chelsea’s Ramires score an away goal past injury time in the first half. With the score at 2-1 and Chelsea holding an “away” goal advantage, Barcelona applied incredible pressure on the second half, forcing The Blues, already a man down after John Terry was sent off to the showers due to a red card, to spend almost the entirety of the 45-minute second half protecting their own goal. To their credit, Chelsea showed remarkable poise under pressure, bending multiple times but not breaking and erasing every Barca attack that came their way. The English team finally broke through in the 91st minute when Fernando Torres scored on a breakaway, sending Chelsea to the finals and bringing a dramatic halt to Barcelona’s European dominance.

Now, the stage is set for what’s looking like an enthralling finals between Chelsea and Bayern Munich. The latter will have a decided advantage considering that the game will be played on their home pitch. Early odds for the match already has Bayern as the slight favorite at 8/11 odds whereas Chelsea is getting 13/5 odds to upset the Bavarians on their home turf. Bayern’s early favorite status is largely due to it playing on its home field even if the talent level on both squads are right on par. Chelsea will be on a slight disadvantage as a number of their players will be suspended for the game, adding even more pressure on the English team to dig deep and use up whatever intestinal fortitude they have left after taking down Barcelona.

We also expect heavy action on both sides as the two teams have strong fan bases.  And don’t forget, the England vs Germany angle will always draw support on both sides.

Interestingly, both teams have had their recent share of heartbreaks on this stage. Chelsea was in perfect position to win their first title but John Terry lost his footing on his penalty kick, hitting the post on his kick despite a wide-open net. Two years after that, it was Bayern Munich’s turn to taste bitter defeat in the hands of Inter Milan at the 2010 Finals.

With fresh wounds still on their badges, both Bayern and Chelsea will undoubtedly give a show worthy of a classic. That much we expect.

Whichever side you’re on – be it Bayern or Chelsea – you can expect this match to have the same kind of atmosphere as a World Cup finals match. The pressure’s on for both teams to exorcise their past Champions League demons and go home with the trophy that everybody thought a Spanish team would have in the end.

But the truth of the matter is neither Barcelona nor Madrid will be playing in the finals.

It’s Bayern Munich and Chelsea. And if we’re putting down money on a bet that it’s going to be an epic clash, we’re betting the house on that one.