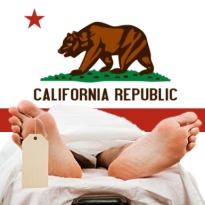 One of the more concrete pieces of news to emerge from the Global iGaming Summit and Expo (GiGse) on Wednesday was the line in the sand drawn by California’s Indian tribes against passage of the SB1463 online poker bill currently pending in the state legislature. Unlike previous instances, in which tribal organizations took opposite sides of the debate or favored one bill over another, they appear to be speaking with one voice this time, and that voice is saying fuggeddaboutit. Mark Macarro, chairman of the Pechanga Band of Luiseno Indians, said there wasn’t a single California tribe that supported SB1463, which he described as “a dysfunctional product that encourages dispute.” Macarro went as far as to pronounce the bill “DOA.”

Pechanga.net owner Victor Rocha said the California Tribal Business Alliance (CTBA), the Yocha Dehe Wintun Nation and the Habematolel Pomo of Upper Lake were all opposed to SB1463 passing in its present form. Rocha also said he was told the Tribal Alliance of Sovereign Indian Nations (TASIN) would be putting its objections in writing soon. CTBA chairwoman Leslie Lohse stressed that the tribes weren’t “saying no to be obstinate. [Online gaming] cuts at the core being of revenue and we have to find a way of continuing to put money back into the tribal community.”

The tribes’ principal complaints include the feeling that they haven’t been properly consulted on this issue and that the state is treating them like commercial businesses rather than sovereign entities. Michael Lombardi, chairman of the Augustine Band of Cahuilla Indians’ gaming commission, also questioned the need to include racetracks on the list of eligible online poker licensees. Lombardi maintains that because such facilities currently don’t offer poker or casino games, they “have no reason to be in the internet gaming business.” Lombardi suggested that SB1463 sponsor Sen. Roderick Wright was “throwing a bone to the racing industry” due to the presence of the state’s largest track in Wright’s legislative district.

SB1463’s provision to broaden the online gambling scope beyond poker two years down the line has also united tribes, who see this as a direct threat to their brick-and-mortar bread-and-butter. Lombardi said the online availability of slots, table games and real-money social gaming would create “a huge problem for tribes.” The California Online Poker Association (COPA), which supported Sen. Lou Correa’s SB40 poker bill last year, also has doubts about any legislation that isn’t “poker-only,” but suggested that amendments could change their tune. Any such amendments would have to be accomplished long before the current legislative session closes on August 31.

NEVADA ONLINE POKER LICENSES BY SUMMER?
While California stalls, Nevada continues its slow but steady march toward issuing the nation’s first online poker licenses. On Wednesday, Nevada Gaming Control Board chairman Mark Lipparelli told GiGse attendees that the first licenses could be issued before fall, assuming all goes well at license application hearings currently scheduled for June or July (although these were previously scheduled for May or June). By then, Lipparelli suggested as many as a dozen of Nevada’s 30-odd applicants may be in a position to proceed to the next step of the process: submitting their technology for approval by the state’s independent testing labs.

Lipparelli also used the occasion to restate his preference for a federally legislated online poker regime. As reported by GamblingCompliance, Lipparelli believes the state-by-state alternative would essentially be like herding cats. “Trying to get regulators to cooperate on even the simplest of terms is difficult and to think that there are legislative compromises that must be made in order for online legislation to be passed, once you get past the first or second state partnership, I think you get into a matrix that is almost impossible to solve.”

Meanwhile, things may once again be heating up in the Senate. On Wednesday, the Wall Street Journal’s Alexandra Berzon claimed “people briefed on the matter” had confirmed that Senate Majority Leader Harry Reid (D-NV) and Sen. Jon Kyl (R-AZ) are indeed working on online poker legislation. The chalk-and-cheese pair have long been rumored to be collaborating on such a bill, which would legalize online poker but strengthen prohibitions against other forms of online gambling, allowing anti-gambling zealot Kyl (who is retiring this year) to walk off into the sunset with a somewhat clean conscience. However, those same anonymous sources told Berzon it wasn’t clear whether such legislation would hit the Senate floor during the current legislative session.