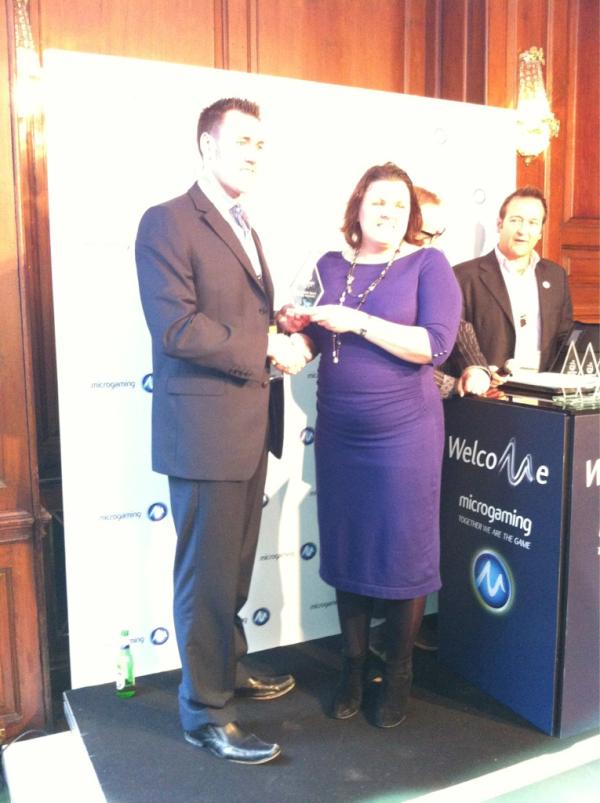 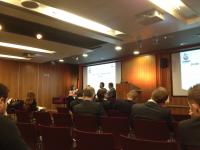 The parallel worlds of mobile, gambling, payments and marketing collided at the second annual mGaming Summit at the King’s Fund, London earlier today with discussion centering on all aspects of the mobile gambling industry. It kicked off with a keynote moderated by Paul Skelton, editor of co-organizer telemedia-news.com, with three dignitaries giving an overview of where we’re at now.

After Scott Dodgson and Paula Juson from SKOPOS had spoken, the floor was left to Dr Windsor Holden, senior analyst at Juniper Research. Most people will know Juniper as the firm to turn to for figures on anything mobile and Dr Holden didn’t disappoint. He looked at some of the key trends that we can expect in a sector that will see smartphone shipments reach 600 million in 2012 and tablets tip the 100 million bar by the year-end. Sports betting was identified as the area in which smartphones will continue to have most influence with it “likely to account for 40 percent of all wagers by late-2014”. The industry as a whole will see mobile being key to social gambling and wagers as a whole will reach $100billion per year later this decade with $30 billion of this one tablets.

The day then split into two distinct tracks with both giving different overviews on the industry. Track 2 focused on “Strategy Matters” with three mini seminars looking at different aspects of apps. Henrik Mandal, CEO & founder of Kyoogi, looked at the various app stores available and how best to exploit these. Mandal explained “independent app stores are exciting”. They obviously don’t have the same attraction as Apple’s but they are not to be shirked at. Jo Wightman from Fiksu gave an insight into app marketing and explained that starting off with free channels is very important. This was along with a number of “Super Practice’s” designed to help those looking to launch an app. The first session was rounded off by Neil Fairweather from Mobile Latitude looking at the advantages of mobile web and how geo-positioning will become very important.

Following a quick break for some networking, Aideen Shortt chaired a session on “Design, Implementation and User Focus”. The packed house heard the differences between native and web-based apps with Simon Wilson, MD and founder of mFortune, championing the app side of things and the “richer experience” they give the consumer. Páll Þór Pálsson from BetWare stated Flash “isn’t going forward” and we heard from all sides that roulette and blackjack tend to perform badly on newer smartphone devices. Palsson added that HTML5 means the fragmentation of app markets disappears and although issues remain they are a lot smaller. In terms of Android he added that it’s “incredibly expensive” to develop on each separate versions.

Our first trip onto track 1 saw a session that will have interested newcomers and veterans of the marketplace alike: “Bringing in the Punters”. We heard from Fintan Costello at Google about the potential of the industry. He gave figures from a few days back showing bingo searches on mobile up 600 percent, horseracing 144 percent, poker 75 percent, casino 79 percent and football 99 percent. He added that Boxing Day 2011 is the biggest online gambling query day and showed just how big device uptake is for the industry.

James Hilton from advertising firm M&C Saatchi Mobile commented that, for them, “mobile gambling a tougher gig than Amazon” and that the gaming industry could learn a lot from other industries. This is especially the case in customer service and that customers should be treated as “gold dust”.

By this time food was all that was on the minds of delegates with a veritable banquet laid on by iGaming2go.

After lunch we stayed with track 1 where “Show me the money” featured a panel of speakers from the mobile payments sector. Unfortunately Cuba Gooding Jr wasn’t on hand. They looked at certain problems that can arise when getting customers to make payments ,with Ukash’s David Hunter giving the fact that UK consumers are twice as likely as US counterparts to pay using a mobile device.

In terms of the future for payment firms Oisin Lunny from OpenMarket stated it’s “wide open” and that near field communication (NFC) will depend on cooperation between networks. On the other hand Hunter is worried that if there isn’t better standardization and interoperability there could be problems.

Last slot of the day on track two looked at the next steps for the entire mobile gaming industry. This was very much focused on future innovations such as LTE/4G with Ben Letherbridge from mobile network Everything Everywhere stating it will make a big difference before the end of the year.

Shortly after the end of the conference the very first mGaming awards took place with Paddy Power walking away with the three awards for best mobile gambling app, sports betting app and casino. The roll of honor was as follows: