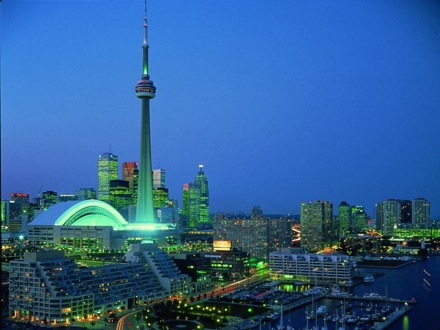 MGM Resorts International has hired lobbyists in the hope of one day opening a casino business resort in downtown Toronto. The city’s Globe and Mail reports the company’s development staff arrived recently to have a look around and in the process hired local firm Sussex Strategy Group in order to push its case at city hall. Two Sussex associates held informal discussions with Mayor Rob Ford’s staff, a dozen councilors and political aides about a casino being built in the city.

If they gain approval, MGM could invest anything from $2 billion to $6 billion in the Greater Toronto Area (GTA). Their vision wouldn’t just be a casino either. MGM’s resort would include hotels, restaurants, spas and convention facilities as well as the slot machines and gaming tables that come with a gaming industry venue.

MGM senior VP of public affairs Alan Feldman said of the area: “It’s an amazing market, it’s an amazing city. We’d be prepared to invest an awful lot in the development of the concept.”

There are already two casino-related motions that made their way through a council meeting last week and there are already some that are divided on the issue. It’s also true certain regulatory changes have to be made before the Ontario Lottery and Gaming Corp. (OLG) can let a casino open in the GTA.

A paper released by Blake, Cassels and Graydon, explains that under current regulations the OLG has no chance of building the casino business in the GTA. They state the area involved must be designated an “eligible municipality”. The problem with that is that as of March 2003 no more areas can obtain this tag. Current regulations also state a referendum of voters in the area must be put on the next election slip to make sure the community wants it. Only then can a casino be built.

The paper, published in March, goes on to state the OLG might not include either of the above requirements in a new set of regulations so as to make the passage of it quicker. One of the motions sent to the council does include the original requirements that at least a referendum is included.

Other casino groups have been alerted by the OLG deciding a casino should be built in Ontario and councilor Doug Ford admitted that “the big boys are coming to town”. This refers to the likes of Caesars, Wynn and even Trump. The latter was further fuelled by Mayor Ford discussing future development prospects with Der Donald following the opening of the Trump International Hotel & Tower in the city.