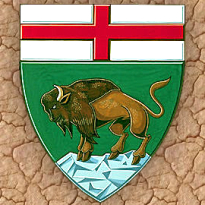 While America drags its feet on allowing its citizens to experience the joys of online gambling, its neighbor to the north continues to set the pace. (Helps to be born with skates on your feet.) On Thursday, the province of Manitoba announced plans to have its own online poker and casino games up and running by early 2013. Lotteries Minister Steve Ashton said the as yet unnamed site would work in conjunction with the British Columbia Lottery Corporation’s online gambling site PlayNow.com, which launched/crashed/relaunched in July 2010. BCLC will provide everything from site design, development and testing services, while Manitoba will provide Manitobans. Terms of the partnership are still being negotiated.

Quebec launched its own online gambling site Espacejeux.com in Nov. 2010 and Ontario is planning to come on board in 2013. Like his provincial counterparts, Ashton claimed the online plans did not represent an expansion of gambling. Rather, it was an acknowledgement that Manitobans are already betting online via any number of international operators and the government could no longer justify not taking its own slice of that action. Ashton expects its online offering will contribute $1.5m to government coffers in its first year, rising to $17m/year by 2018.

Across the border in Ontario, Finance Minister Dwight Duncan is talking tough to Toronto councillors opposed to the Ontario Lottery and Gaming Corp.’s (OLG) proposals to construct a casino complex along the city’s waterfront. Two downtown T.O. councillors – Adam Vaughan and Mike Layton – have gone on record saying their constituents don’t want to live next door to a casino and they’re prepared to introduce legislation at City Hall next week to block such a facility. But Duncan says that if Toronto doesn’t want a casino and all the economic spin-offs that come with it, so be it. Other cities in the region are “quite aggressively” pitching their own viability, and Duncan says the province “will work with those who want to work with us.”

Just down the road from Toronto, Hamilton mayor Bob Bratina told the Globe And Mail that his peeps have already put out feelers to OLG in case T.O. craps out. Hamilton officials have scheduled a meeting with OLG later this month to discuss the possibility in greater detail. It would be a sweet steal for Hamilton, who have long craved their own National Hockey League franchise only to have the owners of the Toronto Maple Leafs routinely poke-check them at the NHL head office with claims of territorial encroachment. Bratina likely can’t wait for the first photo-op with Maple Leafs players enjoying the Hamilton casino’s grand opening…