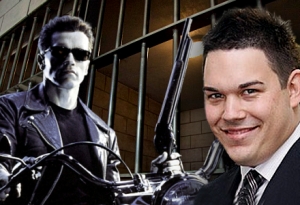 Disgraced former payment processor Daniel Tzvetkoff will testify against Black Friday defendants John Campos and Chad Elie when their trial gets underway on April 9, according to the Australian Associated Press. Tzvetkoff processed payments for (and was later accused of ripping off) online poker companies PokerStars and Full Tilt Poker until the collapse of his company Intabill in 2009. Tzvetkoff was arrested in Las Vegas in April 2010 on charges of bank fraud and money laundering and has been kept in seclusion ever since, leading to mass speculation that Tzvetkoff had become a cooperating witness.

Earlier in the week, government attorneys and those representing Elie and Campos submitted their final motions to determine what evidence the court will allow to be introduced at next month’s trial. Included in the government’s motion was a request to delve into Elie’s background in non-gambling related payment processing before his fateful meeting with Tzvetkoff, who was at the time already processing for the poker companies. (They must have hit it off, because Elie would also be accused of stealing millions from PokerStars.) The meeting of Tzvetkoff and Elie led Elie to partner with Utah philanthropist/scammer Jeremy Johnson, which led them to SunFirst Bank VP Campos, and the rest is history.

Tzvetkoff has reportedly handed over 90k documents, including confidential emails, to the prosecution. Campos and Elie’s attorneys even complained to the judge about the government having stonewalled their requests to see this info until this week, when a “mountain of documents” was dumped on them right before the trial, The ironies are many: it’s widely believed that Tzvetkoff was arrested in 2010 on info provided to the authorities by a vengeful Full Tilt, who believed Tzvetkoff made off with their millions when Intabill went south. Now Tzvetkoff’s set to rise from the unseen depths – two years since being arrested and just one week before the one-year anniversary of Black Friday – to torpedo Campos and Elie’s legal defense. What are the odds? More importantly, what are the odds that two years of prison food and jail cell workouts has transformed the former butterball into the Terminator?