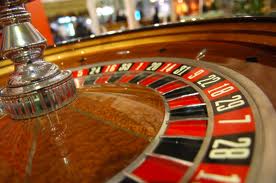 Illiois’ Rivers Casino, the newest casino in the Chicagoland area, is the first to be awarded the Leadership in Energy and Environmental Design (LEED) Gold Certification by the U.S. Green Building Council.

Greg Carlin, CEO of Rivers Casino, said: “We are proud to be recognized as a leader in sustainable development and we hope to set an example for the rest of the gaming and entertainment industries,” “It’s important to all of our team members that we are a good corporate citizen.”

According to a press release, Rivers Casino. In Des Plaines was designed with a sustainability plan to achieve LEED certification for energy, lighting, water and material use, as well as incorporating a variety of other sustainable elements.  USGBC established LEED to encourage developers to design and construct buildings that protect and save precious resources, while also making good economic sense.

“Achieving LEED Gold was challenging and expensive, but in the long run, the effort will improve the environment and reduce our operating costs,” said Neil Bluhm, Chairman, Midwest Gaming and Entertainment.

Foxwoods Resort Casino has reported a fall of 1% in its slot machine revenue for February, the month in which is celebrated its 20th anniversary.  Mohegan Sun’s revenue also declined 3.8%.

Foxwoods’ February win, or the amount the casino keeps after paying winning gamblers, was $50.6 million compared with $51.1 million a year earlier. Total intake, or handle, rose by $3.6 million to $600.7 million from $597.1 million. Amounts include the MGM Grand at Foxwoods property.

President and Chief Executive Officer Scott Butera said: “The results reflect positively on the new marketing and branding initiatives we announced in the middle of February, including our popular 20th anniversary promotions. We are using a more targeted model to build and retain a profitable customer base. So as revenues stabilize, we are experiencing strong improvements on the bottom line.”

A report by The Washington Post reveals that a man was found barely alive in a locked 22nd floor room where he wasn’t supposed be.

Guests were evacuated from the casino‘s upper floors and the man, identified only as a hotel guest, was hospitalized in critical condition after he was found unconscious in the room amid heavy stored boxes of smoldering linen and bedding, fire spokesman Tim Szymanski said.

“They couldn’t see a thing in the room. Smoke was that thick,” Szymanski said.

With the man still in intensive care, it remained unclear how he got in the room, why he was there and whether he started the fire, Szymanski added.

The cause of the fire has not been disclosed and damage was estimated at less than $1,000.