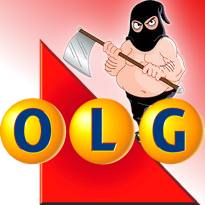 Two days after the Ontario government announced sweeping changes were coming to the gambling universe in Canada’s largest province, the specifics are becoming clearer, and plenty of special interests are pissed. The Ontario Lottery and Gaming Corp. (OLG) will close “underperforming” slot machine operations at three racetracks located along the Canada/US border – Windsor Raceway, Fort Erie Racetrack and Sarnia’s Hiawatha Horse Park – with a total of 560 employees facing unemployment by April 30.

In announcing the changes, OLG CEO Rod Phillips called the closures a “difficult” but “necessary” aspect of OLG’s modernization plans. “Unfortunately, in the current reality, having facilities within nine or 10 kilometres of each other … don’t make sense … the demand for customers, principally because of the US border, has dropped off.” To soften the blow, track operators will continue to enjoy a slice of OLG slot revenues until March 3, 2013, provided that the tracks are still offering racing.

That’s cold comfort to Sarnia mayor Mike Bradley, who claimed the job losses would be a “body blow” to a municipality not yet recovered from the 2008 economic downturn. Under the old Slots At Racetracks revenue-sharing program, tracks earned 20% of slots revenue, while an additional 5% went to the local municipality. Speaking to the Canadian Press, Bradley offered a warning to other mayors who might be tempted to bid for the right to offer slots in their own communities: dealing with OLG “was like dealing with the Sopranos. They didn’t consult. They did not respect the host communities.”

RACING TO ARMAGEDDON
Ontario’s racing industry is also crying foul, noting that OLG’s own records demonstrate that the racetrack slots are more profitable than the machines at the province’s casino operations. Since 1998, racing has relied on an annual $345m in revenue-sharing from the slots operations at 17 Ontario tracks. Without that cash injection, industry figures are predicting that Ontario racing will be limited to the four horsemen of the apocalypse. Ontario Horse Racing Industry Association president Sue Leslie told the Toronto Star the government’s “irresponsible” plans would cost 60k jobs. “Why, why would you end a successful revenue-sharing program with one partner on the hope that you will find a better partner?”

Ironically, while OLG is keen to end racing’s revenue sharing deal/subsidy (tomato, tomahto), OLG chairman Paul Godfrey said the 750 slots at the Windsor Raceway had to go in order to ensure the long-term viability of the Caesars Windsor casino. (If you haven’t been paying attention, Caesars Entertainment is currently carrying about $20b in debt, so every little bit helps.) The notion that tracks are to be stripped of sorely needed revenue in order to bolster Gary Loveman’s bottom line will likely be painted by racing figures as an unnecessary rubbing of salt into freshly cut wounds.

But as racing appeals for public sympathy to help drag the reins on OLG’s plans, they’re likely cringing at Tuesday’s news that yet another horse (the third) died on the set of the HBO racetrack gambling drama Luck. Can’t remember the last time someone as a Caesars casino had to be euthanized, although we have seen a number of people who were put to sleep from sheer boredom.