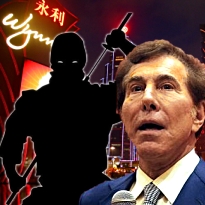 On Monday, Kazuo Okada, chairman of Japanese pachinko giant Universal Entertainment and formerly Wynn Resorts’ largest shareholder, filed a countersuit against Wynn in a Las Vegas federal court for allegedly violating racketeering laws in its attempt to forcibly redeem Okada’s Wynn holdings at a steep discount. Wynn started the family squabble in February by accusing Okada of improper dealings with Asian gambling regulators, chief among them execs at the Philippine Amusement and Gaming Corporation (Pagcor). Based on Okada’s alleged impropriety, Wynn claimed the right to (a) remove Okada from the Wynn board of directors and (b) forcibly redeem Okada’s shares for $800m below market value. Okada has already been voted off the board of Wynn Macau and a similar Wynn Resorts shareholder vote has been announced, although no date has yet been confirmed.

In a video statement accompanying his countersuit, Okada disputed the claim that his sizable Wynn shares – held by Universal subsidiary Aruze USA – had been redeemed, stating that Wynn was barred by its own articles of incorporation from redeeming anything without his consent. Okada also accused Wynn of undertaking “a secret investigation” by former FBI director Louis Freeh that misconstrued the nature of Okada’s dealings with Pagcor to justify Okada’s ouster. In doing so, Wynn “committed a series of predicate acts of racketeering, which includes fraud.” Okada wants the court to issue a permanent injunction barring Wynn Resorts from further attempts at forced share redemption. Okada is also seeking unspecified damages from Wynn.

In keeping with the increasingly personal nature of the squabble, Okada described the tiff as a “transparent attempt” by CEO Steve Wynn “to retain absolute control over Wynn Resorts and to enrich himself.” Okada said Steve ran Wynn Resorts “as a personal fiefdom, packing the board with friends who do his personal bidding.” The board’s move to redeem Okada’s holdings was an attempt “to defraud, defame and steal … for the purpose of illegally placing and maintaining control of Wynn Resorts in a single man – Mr. Wynn.”

In response, Wynn issued a statement saying Okada’s countersuit “fails to contain any meaningful denial of the facts,” despite its “enormous length and scurrilous allegations.” Tough talk aside, the New York Post claimed Steve Wynn’s legal entanglements might scupper his attempt to purchase a $36m New York penthouse formerly occupied by recently deceased IMG CEO Teddy Forstmann. The Post claims the building’s other residents “are unnerved by [Wynn’s legal squabbles], and fear there could be reprisals.” (Sadly, the article fails to specify the expected nature of such reprisals.) The Post went on to claim that Wynn has hired former Navy SEALS as minders. Does Steve believe Okada has already lost faith in his ability to get a fair shake in US courts, and has therefore unleashed a school of ninjas? Pass the popcorn, this is getting good…