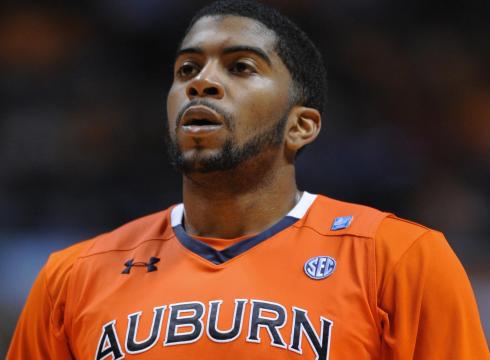 FBI investigators are at an advanced stage of a federal probe into suspected point shaving. Auburn point guard Varez Ward has been suspended following allegations he influenced the outcome of two college basketball games earlier this season against Alabama and Arkansas. Teammate Chris Denson was also suspended but has been cleared and returned to take part in his team’s loss to Mississippi last night.

Allegations centre on losses to Alabama on Feb. 7, and Arkansas on Jan.25. The suspension started on Feb. 25, and an NCAA statement on the case read: “The NCAA takes any allegation of point shaving very seriously because sports wagering threatens two of our core principles — the well-being of student-athletes and the very integrity of intercollegiate sport.

“As allegations of point shaving, if proven, are also potential federal crimes, the NCAA will defer action until any process with the FBI has concluded.”

Point shaving takes place when a player does something to influence the outcome of a game. It usually amounts to missing a couple of free throws. The end game is to prevent a team covering its spread or stop them posting the over/under. Ward went down injured after just 19 seconds of the loss to Arkansas and Auburn still covered the 9.5-point pre-game spread. Details on the other loss to Alabama are unclear.

Ward confided in a friend that he’s spoken to the authorities and denied all allegations. He hasn’t commented himself since the suspension, his final Tweet on Feb. 24 saying: “Can’t win for losing smh.”

The offence is far less common in countries like the UK, where sports betting is regulated well. High profile match fixing cases, such as the one involving three Pakistani cricketers, are reported to the regulator as soon as they take place and thus nipped in the bud fairly quickly. It ends up with perpetrators rotting in a jail cell – something the cricketers can attest to.

The same monitoring is almost impossible in the U.S. meaning that someone on the team raising an alarm, like has happened here, is the only way to find out. Gaming companies in the U.S. are either illegally taking bets inside U.S. borders or foreign Internet gaming industry firms, who are regulated but marginalized inappropriately by the current system in the U.S.

Authorities in the home of the dream won’t allow sports betting on a nationwide basis in our lifetime and thus the reporting of any point shaving will always remain where it is now – unreported unless through word of mouth.

Point shaving is a federal offence and if found guilty Ward faces a hefty fine and/or jail time – up to five years if reports last year are anything to go by.