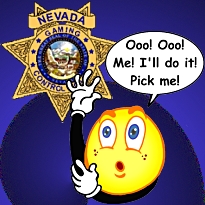 The interactive division of American Casino & Entertainment Properties (ACEP) has become the 14th eager applicant for intrastate online poker in Nevada. Card Player cited sources at the state’s Gaming Control Board (GCB) who claim ACEP Interactive had applied to be both operator and service provider. ACEP operates the Stratosphere and two other gaming joints in Las Vegas, as well as the Aquarius in Laughlin, Nevada.

Nevada finalized its online poker Minimum Internal Control Standards (MICS) this week. Scheduled to take effect in late March, GCB chairman Mark Lipparelli said the MICS were designed to be ‘as flexible as possible” and would allow prospective companies to proceed to “concrete states of product development.” Speaking at the recent ICE show in London, Lipparelli said he expected the first interactive gaming licenses would be awarded this summer, possibly even by late spring. Assuming the applicants pass muster with the independent firms vetting their technology, Lipparelli suggested Nevada intrastate online poker in 2012 was “plausible,” although he conceded that was an “optimistic” outlook and a 2013 launch date “wouldn’t surprise me.”

Another of Nevada’s hopeful 14 applicants, Shuffle Master Inc., is reportedly about to conclude negotiations to acquire the Ongame poker network from Bwin.party. The Sunday Times claimed the two parties were “not yet in exclusive talks” but Shuffle Master was “thought to have edged ahead” of rival bidders WMS and (fellow Nevada applicant) Bally. (With International Game Technology having snapped up the Entraction poker network aka IGT Poker, nobody wants to be the gaming machine manufacturer that gets caught without an online poker appendage when the music stops.) The Times suggested that the Shuffle Master/Ongame deal was likely to be finalized within the next few weeks, but the reported $20m price tag would represent only about 3% of what Bwin paid for Ongame in 2006. Mind you, Bwin.party plans to strip Ongame of most of its liquidity prior to handing over the software, but still… Looking at the pure numbers on the page, that’s an even worse ROI than News Corp paying $580m for MySpace in 2005 only to sell it last year for $35m. (Norbert Murdoch? Rupert Teufelberger? Say, you don’t suppose Bwin.party will hire Murdoch’s digital henchmen to hack into Calvin’s mobile, do you?)