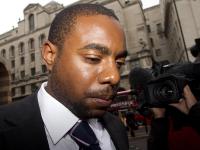 Cricketer Mervyn Westfield was told by a judge “only jail will suffice” at a sentencing hearing that saw him sent down for spot fixing.. Westfield stood accused of taking a £6,000 bribe in order to throw a game between Durham and his club Essex back in September 2009. @Cricketer_RDJ tweeted: “Judge says Westfield must go to jail as a deterrent to others” before reporting that he’d been jailed for four months, serving two before being released on licence.

In an interesting day, former international spin bowler Danish Kaneria became the latest cricketer to be linked to spot fixing. The Pakistani bowler was implicated by English bowler Westfield, who himself pleaded guilty to spot fixing last month. Kaneria was arrested alongside Westfield in May 2010 but released without charge. This is where the plot thickened.

Westfield’s testimony in the Old Bailey revealed that Kaneria told him about a “friend” that would pay him to concede 12 runs an over. The deal emerged when, according to prosecutor Nigel Peters QC, Westfield took Essex teammate Tony Palladino to his Chelmsford flat and showed the latter “the most money he had ever seen.”

In the same court it was reported the International Cricket Council had warned the Pakistani spinner Kaneria in 2008 over connections with suspicious bookmaker Arun Bhatia. All this and the prosecution still didn’t have enough evidence to bring a case against Kaneria.

Had the case against Kaneria come to court, it would have been yet another blip on the sport in Pakistan. Mohamed Amir, Salman Butt and Mohamed Asif were all jailed for their part in elaborate and it’s fairly certain they’d have sought a jail term for Kaneria.