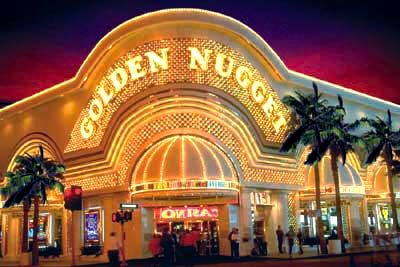 Golden Nugget and Chiligaming have signed a partnership with a view towards working in a US regulated online gaming industry. The casino selected the French-founded firm after an extensive selection process that was overseen by Golden Nugget chairman and owner Tilman J. Fertitta.

“We started an intensive process approximately nine (9) months ago and looked at more than a dozen internet gaming companies and selected Alex and Chiligaming because they were experienced in online gaming in Europe and demonstrated incredible passion, talent and knowledge which our team found to far exceed their competitors. We believe that online gaming is inevitable in the United States and that the Golden Nugget will be well positioned to compete when US laws allow for online gaming,” he commented.

As part of the agreement a free-play site is due to launch “within the next quarter” and it’s hoped it will “facilitate swift entry” into any US regulated market that emerges in the coming years. Chiligaming CEO and founder Alex Dreyfus couldn’t contain his excitement, stating: “Chiligaming is thrilled to partner with Golden Nugget, which has a very strong brand presence across the US. With its Las Vegas, Laughlin and Atlantic City properties, it is ideally and uniquely positioned for all of the online developments that lie ahead.”

One of the firm’s first moves into the US was in 2010 when they launched a subscription poker site before a year later deciding the California was just about right for their new office. That was the same time their social gaming offering was launched in California and Dreyfus looks to be giving them the right footing to have a good stab at the US market.