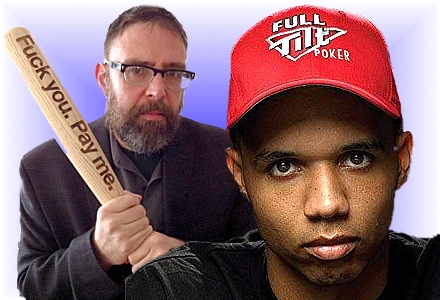 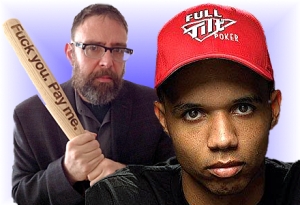 The much-rumored-but-as-yet-unconfirmed deal for Groupe Bernard Tapie (GBT) to acquire the assets of troubled Full Tilt Poker (FTP) hit yet another snag on Thursday. Behnam Dayanim, an attorney assisting GBT in making the deal with the US Department of Justice (to whom the FTP assets were reportedly forfeited), told Poker Strategy that, while the due diligence stage of the takeover is “nearing completion,” the discovery of unpaid debts by several prominent poker players still on FTP’s books presented “a serious obstacle to completion of the deal.”

“GBT doesn’t want to acquire assets which will need to be litigated over later. In total, the sum owed to the company is between $10 and $20 million. Several of the players who owe money and have not yet expressed a willingness to pay their debts include Phil Ivey, Layne Flack, David Benyamine, and Erick Lindgren. Barry Greenstein, Mike Matusow, and others owe a smaller but still significant amount. If the money doesn’t come in, it creates a serious obstacle to completion of the deal. This isn’t the only issue with the takeover, and the deal won’t end on any one issue – but this is a substantial item.”

Dayanim told Gaming Intelligence that GBT had no desire “to litigate a whole bunch of individual cases against professionals post-acquisition so we are trying to negotiate but we have not been making a lot of progress. The forfeiture would extinguish any US claims to the assets but they do not necessarily extinguish creditor claims in other countries.” Dayanim also claimed the due diligence had revealed that FTP’s financial position is “worse than we had anticipated … The company has greater liabilities — excluding player liabilities — than we had hoped.”

Contacted by Poker News, Dayanim declined to get into specifics on the full extent of those liabilities, but used the spectre of the GBT/DoJ deal unraveling – and the subsequent damage to FTP’s rank and file players — to put pressure on the alleged deadbeats. “If we don’t complete the deal, then the rest of the world players won’t be compensated nor made whole because we won’t be there to do it, and the government would have less money than it otherwise would to pay the US players to the extent that it plans to do so.” Dayanim said GBT will be faced with “a go or no-go decision” once its due diligence is complete.

A source told Card Player that Ivey and Lindgren each owed $4 million to FTP, Benyamine and Flack each owed $2 million, while Matusow and Greenstein (a 2011 World Series of Poker Hall of Fame inductee) owe less. In a post on the 2+2 forums, Greenstein admitted borrowing $400k a few years ago, but said he was leery of repaying the funds to GBT, as they “won’t be the one paying the US players.” Greenstein quoted an excerpt from the letter he sent GBT’s attorney: “If I were to make a deal with you it would look like I had turned my back on the best interests of the American players … I have to see how things work out with the DoJ and try to make good on my moral obligation to the US players. I assume at some time in the future the DoJ will establish a pool of funds from Full Tilt’s assets that will be used to pay off some percentage of the player balances that are owed.”

Whew! The only thing missing from today’s cavalcade was for Chris Ferguson’s attorney to chime in with an ‘I told you so’ statement that all this reinforces his claim that his client wasn’t the one holding up the GBT/DoJ deal. Perhaps he’ll get to it after dinner…