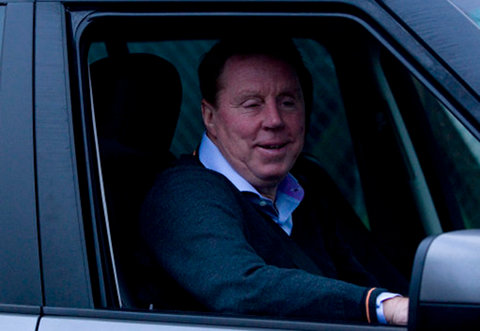 When the year nears the end of its first month it only means one thing for the guys working at Sky Sports News – light the midnight oil and prepare the ear-plugs as it’s time for TRANSFER DEADLINE DAY (we couldn’t get a yellow surround on the lettering so that will have to do). The annual see-if-Jim-White’s-head-ever-explodes fest sees reporters littered around the country reporting on a conversation with ‘Arry Redknapp through a car window amongst other things. It’s begs the question as to how long reporters can stand in the snow before developing frostbite and if Andrei Arshavin really is at the Emirates – answers on a postcard.

Unfortunately for Sky this window presented them with a dilemma. With Liverpool and Chelsea not spending, Redknapp in court and Man City reluctant to splash the cash what happens? You look at the betting odds. Staring at these will start to tell you where players might go so you can fill 12 hours worth of programming.

One of the rumors the team was convinced of almost from the off involved Wigan striker Hugo Rodallega. Thanks to Premier League fixtures interfering with their window they could invent the notion that he would play against Spurs before having a medical at the side of the pitch and signing for the North London club all in one night. This was all before Wigan signed a player with skill out of this world. The name…A. Lee-An.

SkyBet had Rodallega at 5/4 to join Spurs at 11:34am. This was before he drifted to 8/15 to stay at Wigan at 9:57pm after Sky presumably realized their rumor was frankly rather ridiculous. The deal wasn’t the last we’d hear from the perennial wheeler-dealers Spurs.

Their newest signing was to come later on and it’s one that could have taken the bookies to the cleaners. Betting was eventually suspended on Louis Saha at 10:18pm and anyone that had punted on him joining Spurs at the beginning of the day will be in the money. Many question whether ‘arry had in fact gone into the court house earlier that day telling chairman Daniel Levy to “get Zaha” only to come out to the news that discussions were underway with Louis SAHA – ‘arry readily admits he writes like a two-year-old after all. Part of the same deal saw Stephen Pienaar moving northwards – something that was 11/1 in the morning.

If the bookies fell out with Spurs in this instance then Jermain Defoe will have been the toast of bookieton. At one point the Spurs striker, who is carrying an injury, was tipped to on his way to Liverpool thanks to being left out of the line up for the Wigan game. Feverish betting followed with the England striker finding himself as short as 1/5 to head to Anfield – down from 6/4 at midday.