Home / Sports / Soccer shows its wild side on deadline day 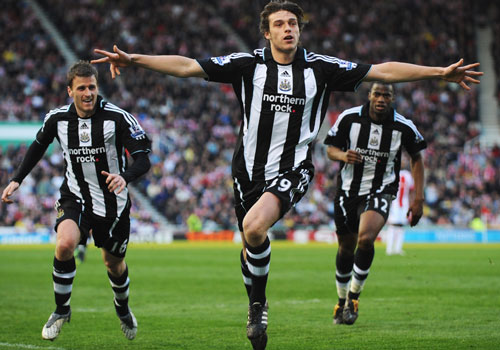 Most red blooded males across the UK may also now be agreeing with disgraced former Sky Sports anchor, Richard Keys, after the events that have so far unfolded as we head towards the transfer deadline at 2300 GMT.

Before the feminists get on their high horses we’re not referring to the comments he made about females not knowing the offside rule. No, it’s the subsequent interview in which he said, “The game’s gone mad.” Today’s transfer deadline day seems to reiterate what Keys had been saying, and the bookies can’t be that happy about it at all.

After Chelsea decided that Liverpool’s Fernando Torres would be their prime target this transfer window, the rumor mill went into overdrive. It has now given the world of entertainment news, sports news, and…well any tabloid that fancies a laugh a reason to thank God for their existence.

The man that currently leads Newcastle’s attack, Andy Carroll, is the subject of a £35million bid from Liverpool as a replacement for the outgoing Torres. This is the same Carroll who’s had half a good season in the top flight, scored 11 goals, and if you had £1million for every goal he scored it wouldn’t reach the transfer fee.

Carroll is also more memorable for his run ins with alcohol and the law, and might well have a better time of it at an online gambling industry party than over at Liverpool such is his love for liquor.

The latest is that the £35m Newcastle asked Liverpool to come back with has been rejected, and it might just be chairman Mike Ashley playing the biggest game of poker in his lifetime. Anything over £15m would be a significant achievement on his part though.