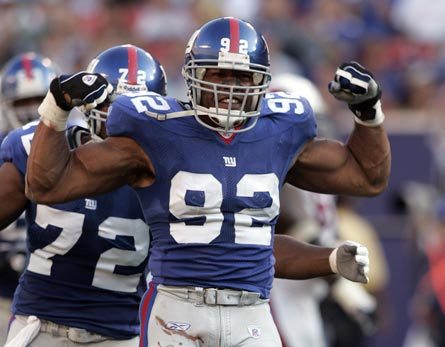 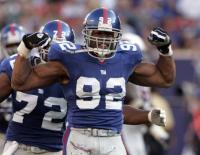 Nevada-based sportsbooks could be in for their biggest loss on a Super Bowl ever if Tom Coughlin and Eli Manning prevail in the game a week on Sunday. It’s been revealed that some books took futures bets earlier in the season for as much as 80/1 for the New York Giants to win the game and are now touching clothe in advance of the game. Jimmy Vaccaro, head of Lucky’s Race and Sports Book, said in an interview: “They got hit pretty hard at the high number. If the Giants win this game, it could do some damage out here, there is no doubt. A lot of guys were rooting for San Francisco on Sunday, I can tell you that.”

The reason? The Giants are the hottest team in football right now and could easily repeat the feat of four bowls ago when they ran the table to beat the New England Patriots. That was the last time the Vegas books got taken to the cleaners and is still the biggest ever loss on the most-watched game on the planet. Going into that clash the Pats were a 12-point favorite and the books have been careful not to make the same mistake by shortening them to a three-point favorite this time.

Another record the game looks like breaking is the one for the most wagered during the game itself. The bar is currently set by the Steelers v Seahawks game back in 2006 when $94million and there are murmurings this could top 100 g’s. Back to the futures and Jay Kornegay, the director of the sports book at the Las Vegas Hotel and Casino, shows just how much of a hit they could take.

“I remember we opened them at about 20 to 1 last February, right after last year’s Super Bowl. But when they hit that losing streak, it went up. I mean, they lost to Vince Young and the Eagles! We were lucky the bets didn’t come our way, but there are some tickets out there.”

Kornegay added: “Even at the start of the playoffs we had them at 30 to 1 to win the Super Bowl. They had a very hard road.”

These sports books are just lucky that Fiddy didn’t stick $500k on the Giants back when they were 80/1. Then where would they be!?

Well they could be gifting 50 Cent money should the Giants prevail after the rapper reacted to Birdman’s $5m bet on the Pats, tweeting: “I’m up 500,000 off the last one. f*ck it ill bet it back Ill put a 1,000,000 on my G MEN. STUNNER you got the # hit me if you want it. I just check the spread Hold up the M casino in vegas said patriots-3 I’m have to bet over there unless STUNNTER giving up points. Get at me.”

We’re not sure what’s going to more exciting; the game itself or 50 Cent’s Twitter account during and shortly after the game.