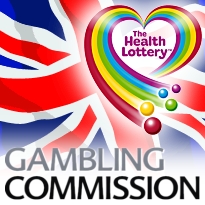 Richard Desmond’s Health Lottery may have attempted to quiet the complaining over its low payout percentages by boosting the top prize of its upcoming draw, but controversy of a different sort was brewing Thursday at a meeting of the UK’s Department of Culture, Media and Sport select committee. As reported by Third Sector Online, Tory MP Therese Coffey asked Gambling Commission CEO Jenny Williams to explain why the Health Lottery had been issued 51 licenses – one for each community interest company (CIC) that runs the society lotteries that collectively make up the Health Lottery – despite each CIC being registered in the same place and listing the same three directors.

The 2005 Gambling Act precludes the Health Lottery from structuring itself as a national lottery, but Coffey suggested its current form made it appear “to the man or woman on the street [to be] just another national lottery.” Coffey wants the Gambling Commission to produce the legal advice it received prior to issuing the licenses. Williams hedged on whether she’d honor this request, suggesting that licenses were issued because “they met the legal criteria,” although she admitted that the Health Lottery’s convoluted structure was “clearly … a scheme designed to get around the National Lottery limits.”

One area in which Penrose desperately wants to crack the whip is online gambling reform, but he isn’t yet convinced parliament will find the necessary time to address the subject in the coming legislative session. Following his Thursday appearance before the committee, Penrose told GamblingCompliance.com that “there are a great number of people vying for time” in the “relatively short” session which runs (roughly) from May 2012 to May 2013, and therefore he wasn’t “counting my chickens yet.” If online gambling isn’t addressed during this period, it may result in the debate being pushed back as late as 2014.

While online gambling reform may yet happen in the coming session, Penrose is adamant that further revisions addressing land-based gambling concerns aren’t in the cards. Penrose said he well understood the industry’s frustrations on unresolved issues like limits on the number of casino licenses and gambling machines in betting shops, but compared the process of amending the 2005 Gambling Act to re-opening Pandora’s Box. In case that metaphor wasn’t sufficiently pejorative, Penrose then invoked the suicidal charge of the Light Brigade during the Crimean War. “Saying let’s go back and do it again is rather like having charged the guns of Balaclava, and the few survivors get back to base camp and say ‘you know what, that was so much fun, I want to do it all again and let’s not change a thing.’”

We humbly submit Penrose’s interpretation of UK parliamentarians revisiting the Gambling Act. (Horse lovers are strongly advised not to click ‘play’.) We may not have this exactly right, but since he’s holding the microphone, we suspect that’s Penrose in the fetching court jester print spandex. And could that be Tessa Munt on drums?