Home / Casino / Daily win up for VIP tables; No casino confirmed for Studio City; Stocks up on Chinese optimism 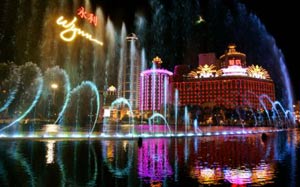 Analysts estimate the average daily win per VIP table in Macau reached $34,000 in 2011. The figures, reported by Union Gaming Research Macau (UGR), came a day after it was announced VIP baccarat is accounting for a large percentage of the enclave’s gaming industry revenue. An investors note from the firm added: “Assuming that slightly more than on third of tables in the market were VIP tables, we estimate that the average win per table for VIP and mass were approximately US$34,000 and US$6,400, respectively.”

Macau’s government still hasn’t approval a casino at one of the enclave’s most ambitious projects. Secretary for transport and public works, Lau Si lo confirmed that Macau Studio City can’t include a casino right now, stating: “The approval is not completed.”

Many believe the company with a majority stake in the project, Melco Crown Entertainment, has signed a “secret deal” to allow the firm to include a casino on the site. This is something that Lui has denied but in all likelihood the casino business will be approved before the project reaches its conclusion.

Growth in the Chinese market gave casino stocks a boost earlier this week with three of the largest companies getting a kick up the backside. Wynn Resorts will have been most thankful after a rise of 4.5% on Tuesday followed a drop last week. Las Vegas Sands was up 1% whereas MGM International’s shares increased by 1.3%.