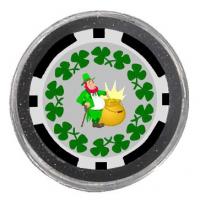 Northern Ireland’s Stormont Executive – Social development minister Nelson McCausland – is being urged to lift the ban on the playing of organised poker at venues in the country.

A report by Press Association reveals McCausland, who is in charge of reviewing gambling legislation, will be having talks in Belfast next month with representatives from the card tables who are pushing for the changes in the law.

The current law allows tournaments for small stakes, but generally Northern Ireland is the only country in the whole of the EU where no form of organised commercial poker is permitted (except Andorra, Turkey and the Vatican city, of course).

A Northern Ireland pressure group who go by the name of Legalise Poker is also trying to persuade McCausland, who is already under growing pressure to end the restrictions on betting offices opening on Sundays.

A McCausland spokesman said the executive has “not yet finally decided if there will be new legislation, or what areas any new legislation may cover.” But the poker players insist it’s time for the legalisation of poker and for it to come in a completely new and up-front environment. They claim it could generate up to 350 new jobs in clubs organising and facilitating events.

This is further backed up by the thousands of residents in Northern Ireland that say that gambling laws in the country make no sense, especially since games of chance such as bingo, bookmaking and slot machines are all good and well to be played but a game of skill like poker is banned. The restriction also means poker players are travelling out of their way to the Republic of Ireland to play in registered clubs and in tournaments.

Paul Feldstein, a literary agent from Bangor, Co.Down, who plays poker recreationally, said: “The interest in poker worldwide has seen a phenomenal growth in the last five years. There is a whole new industry out there which could never be envisaged when the last gambling legislation for Northern Ireland was considered in 1985. The rest of the UK revised and updated their laws in 2005.”

He added: “Alcohol is legal and it is a much bigger addiction problem. So why is poker illegal? Why not legalise and regulate poker, just like alcohol, tobacco and other forms of gambling. Much better to regulate and educate than keep it all under the table and in the back rooms where the unscrupulous reside.”

Why doesn’t somebody make this man the Stormont executive?