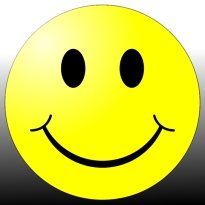 The Nevada Gaming Commission unanimously approved the state’s proposed online poker regulations on Thursday, positioning the state as a potential nationwide regulator in the event that federal politicians pass legislation authorizing such an interstate system. In the meantime, there is nothing to prevent a Nevada-only intrastate system from going forward, except the will to risk a potential showdown with the Department of Justice. Gov. Brian Sandoval has yet to indicate his willingness to pursue the intrastate option, stating only that Nevada would be “first out of the gates” if/when the feds get their act together. In the meantime, Nevada will focus on dotting the i’s and crossing the t’s on their regs’ technical standards and internal controls, a process expected to be completed by Feb. 1, 2012.

Nevada may be the first state to take this step, but the first US jurisdiction to pass online gambling legislation was the District of Columbia. On Thursday, the DC Lottery issued its report on the series of community meetings it held this fall to gauge public sentiment on proceeding with its online gambling program. The report says that, of the 155 people who spoke at the meetings, 68% supported the iGaming DC proposal, with 22% opposed and 10% on the fence. DC Lottery Director Buddy Roogow will present these findings at a Jan. 26 hearing convened by DC council member Jack Evans, who has his reservations about the project going forward.

Across town in Washington, Rep. Frank A. LoBiondo (R-NJ) is preparing two federal bills to further New Jersey’s quest to bring sports betting to the Garden State. A press release issued by LoBiondo’s office quoted him thusly: “Now that New Jersey has spoken loud and clear of their support for sports-betting, I will work in Congress to get legislation passed to give our state that right.” The first of LoBiondo’s bills would exempt New Jersey from the ban on sports betting mandated by the Professional and Amateur Sports Protection Act (PASPA), similar to legislation promised in November by Democratic Rep. Frank Pallone Jr. The second of LoBiondo’s potential bills would abolish PASPA entirely, allowing all states to join the party. LoBiondo is reportedly weighing his options as to which bill to push once his state-level counterparts approve their legislation on Jan. 9 and Gov. Chris Christie (presumably) signs it into law.