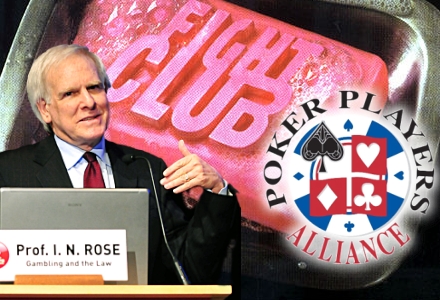 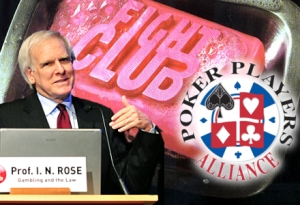 A column written by noted gaming industry lawyer I. Nelson Rose on the subject of Rep. Joe Barton (R-TX) has drawn fire from prominent voices within the online poker community. The column, which appeared last month in a hard copy of Poker Player Newspaper (PPN), echoed opinions Rose first voiced in a video interview with our own Dana Workman in October.

Specifically, Rose questioned Barton’s sincerity in pushing the online poker bill (HR 2366) he introduced into the House of Representatives this June. Rose suggested that the formerly anti-online gambling Barton’s primary motivation for backing online poker was to soak up some sweet lobbying cash offered up by poker companies and other backers of the online game.

On Tuesday, Poker Players Alliance (PPA) board VP Rich ‘The Engineer’ Muny attached a ‘commentary’ to the PPA’s weekly member update that addressed Rose’s column. Not long after, the PPA issued a virtually identical official statement that was posted in multiple forums on the popular TwoPlusTwo poker site by owner/publisher Mason Malmuth. (Read the statement here.)

The PPA statement took issue with Rose’s “attacks” on Barton, which the PPA claimed “center not on issues of the legislation itself, or even of poker-related issues. Rather, they focus on Rep. Barton’s politics and on Rose’s apparent disagreement with them … [Barton] is a great champion for the cause and has earned the support of the poker community … It is the opinion of the PPA that Professor Rose should keep his political attacks on Rep. Barton separate from activities where he is claiming to speak for the poker community.”

The PPA also issued calls to action in the form of pre-filled tweets aimed at PPN, links to PPN’s Facebook page and requests to ‘rate’ Rose’s column on the PPN site. In subsequent comments in the TwoPlusTwo threads, Malmuth suggested the ire directed PPN’s way might cause PPN’s editors to “become more aware of exactly what Rose writes and give it a more thorough review before they publish something like this again.”

DON’T SHOOT THE MESSENGER
On Wednesday, Rose went on the QuadJacks.com radio program (listen to it here) to address the uproar and the “hate mail” he’d received since the PPA issued its call to arms. The chief plank of Rose’s rebuttal was that, contrary to what the PPA statement alleged, he had never claimed to “speak for the poker community.” It was an opinion piece – his opinion – which Rose felt entirely entitled to voice. Rose dismissed suggestions that he was being overly partisan in his Barton comments, reminding listeners that he had made similar claims of insincerity about California Democrats, who Rose felt had put off a decision on their own intrastate online poker network until 2012 in order to keep those lobbying taps flowing.

Rose clarified that his impetus for writing the column was his suspicion that the poker community was being “outplayed” by Barton, who Rose believes is eagerly accepting their lobbying cash despite being all too aware that his bill has no chance of becoming law — especially in a Congress in which Barton’s ‘Party of No’ has shown absolutely zero interest in passing any laws, let alone one that might offend the Republicans’ socially conservative base. Rose suggested that while the online poker community was free to spend its lobbying cash where it chose, it would be far better off focusing its efforts where legislative change was most likely to occur – namely, at the state level, not in Washington.

A SINCERE DIFFERENCE OF OPINION
Malmuth appeared on QuadJacks immediately following Rose to offer his own perspective on the donnybrook. (Listen to it here.) An “admitted conservative,” Malmuth objected to what he described as the “extreme left wing ideology” expressed in Rose’s column. Malmuth claimed that Rose had struck a far more evenhanded tone in his QuadJacks appearance, and suggested that had Rose’s column done likewise, there would have been no donny to brook. Malmuth also stated that had Rose’s column taken issue with specific points of Barton’s bill, rather than with the man himself, Malmuth and the PPA wouldn’t have raised a fuss. Malmuth reiterated his belief that, whatever Barton’s faults, he was online poker’s biggest backer in the House of Representatives, and therefore deserved the poker community’s unqualified support.

However, when QuadJacks host Marco Valerio repeated Rose’s qualification that “maybe [Barton] is sincere” in his online poker motives, Malmuth replied: “If [Rose] had said ‘in my opinion, I have my doubts … maybe [Barton’s] sincere, maybe he’s not, I don’t know’, which is what I think [Rose] just said on [QuadJacks], then we would not have any issue with [Rose’s column].” For the record, the final para of Rose’s column reads as follows: “Maybe Barton is sincere. Or maybe all those poker folk are being outplayed by a not-so-dumb good ol’ boy.” Admittedly, the phrase “in my opinion” may be absent, but given that the whole column is assumed to be Rose’s opinion, it would seem somewhat redundant to state as much.

The PPA’s Muny is scheduled to make his own appearance on QuadJacks on Thursday at 5pm EST. Whether his appearance pours water or gasoline on this fire remains to be seen. For the record, we here at CalvinAyre.com are fans of Professor Rose and his insights into the legal and political aspects of gambling. We also think the PPA’s response to Rose’s column — and Malmuth’s apparent suggestion that the online poker community should deny Rose a platform to express similar opinions in future — was a tad overwrought. Fighting for the right to engage in a harmless form of entertainment such as online poker is a noble cause, but the right to free speech shouldn’t become collateral damage as a result of that fight.