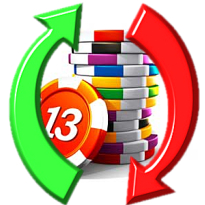 Figures released on Friday by the Nevada Gaming Control Board suggest that the profitability of the state’s casinos is increasingly dependent on how things fare at their baccarat tables. After baccarat revenue fell 36.2% in September, October brought a 74% increase over the same month a year earlier. The baccarat hold was nearly 19%, well above the 12.5% average, and the $159.3m in revenue qualifies as the biggest October baccarat tally in Nevada history.

Nevada’s baccarat bonanza was enough to arrest two straight months of overall revenue decline. After falling 5.8% in September, October revenue was up 8.1% to $961m statewide. Things were even rosier on the Las Vegas Strip, where revenues were up 13.3% to $560.5m. And that 13.3% increase is doubly impressive when you consider October 2010’s figure was up 16.1% over October 2009 – making October 2011 the first double-digit over double-digit score since the heady pre-recession days of July 2007. Slots revenue on the Strip was up 5.4% to $246m, the sixth consecutive month of positive movement, while table games (excluding baccarat) were up 20.9%. Vegas visitor rates were up 2.7% to 3.4m, resulting in an 87% occupancy rate for the city’s 150k rooms.

Sadly, Atlantic City seems incapable of breaking out of its death spiral. Revenues at AC’s 11 casinos collectively fell 6.3% in November, raking in an anemic $245.1m for the 39th straight month of decline. Only four casinos showed revenue increases, with Caesars Atlantic City the star performer, up 17.6% to $29.1m. The worst performer was the Trump Plaza Hotel and Casino, taking in just $8.6m, off 32% from November 2010. Overall, slot revenue was off 4.9% at $173.2m, and table games fell 9.6% to $71.9m. Believe it or not, casino bosses actually expected worse numbers, due to the late October opening of Resorts World New York at the Aqueduct Raceway in neighboring Queens. So, um, hooray? Year-to-date AC revenue is off 7.7% from 2010 at $3.1b.