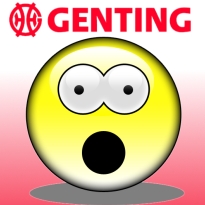 Genting America, the Malaysia-based Genting Group’s US division, thinks it can entice 47% of Las Vegas’ 37m annual visitors to come to its new Resorts World Miami resort casino. In addition to targeting gamblers from Latin and South America, Genting thinks gamblers in US cities geographically closer to Florida than to Nevada will opt to spend less of their entertainment budget on jet fuel and more in Genting’s spiffy new Miami waterfront gambling emporium. If Vegas casino reps are worried that Miami’s riches will come at Vegas’ expense, they aren’t letting on, choosing instead to hype their town as a world-renowned destination that doesn’t fear some healthy competition.

Of course, Resorts World Miami isn’t more than a pretty snazzy drawing at this point, and if certain Florida Republican bigwigs have their way, that’s all it ever will be. On Thursday, Attorney General Pam Bondi, Agriculture Minister Adam Putnam and a host of other local GOP notables made public their opposition to Florida’s fledgling resort casino legislation. Bondi told a Tallahassee press conference that destination casinos – whether run by Genting, Las Vegas Sands or any of the other companies sniffing around – were an “insidious threat” to the state’s family-friendly image and would “take our state in a fundamentally wrong direction … the very character of our state is at stake in this debate.”

The third member of the state Cabinet, CFO Jeff Atwater, wasn’t at the presser, but he’s on board with Bondi and Putnam’s sympathies. Gov. Rick Scott has yet to express a clear pro or con stance on the casino issue, settling for noncommittal statements about not wanting the state to become overly dependent on gambling revenue. Regardless, passage of Sen. Ellyn Bogdanoff and Rep. Erik Fresen’s casino legislation appears anything but a slam dunk in 2012. Which could leave Genting holding 14 acres of Miami waterfront property, on which it can build pretty much whatever it wants, so long as ‘it’ is not a casino.

A casino-free property is what Genting’s flagship Highlands resort in Malaysia would become if the Pakatan Rakyat (PR) opposition coalition gains parliamentary seats in the next general election (scheduled to take place no later than 2013). Local media outfit The Star reported that Sharil Azman Abdul Halim, youth chief of the PAS party (the hardline Islamic faction of the PR coalition), says Genting Highlands’ casino should consider itself on notice. Sharil Azman says the non-casino portions of the resort would remain open because “the highland resort is a major tourist attraction,” but the party could not tolerate gambling on the premises. He is the third PAS official in recent weeks to make clear the party’s zero-tolerance policy on gambling. Sharil Azman did throw local non-Muslims a bone, stating that they could still consume alcohol and gamble within the confines of their own home. Presumably with the shades drawn.