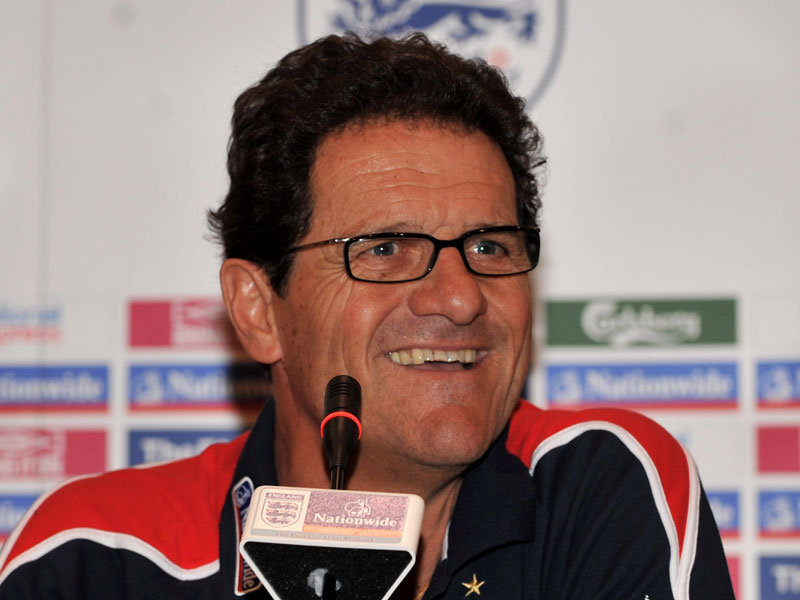 England’s Euro 2012 winning bandwagon officially sprang into action earlier today as the home nation got a favorable draw for next year’s tournament. Fabio Capello’s Rooney-less charges face former champions France, Sweden and hosts Ukraine with all group games taking place in Ukraine – the only problem being that they’re based in Poland.

The country’s optimism would appear to be well placed. Don Fabio’s first game against France will evoke memories of Euro 2004 when Zinedine Zidane chucked his guts up all over the penalty spot before firing Les Bleus to a 2-1 victory. This time there’s no Zidane but the lowest seeded team in the group hasn’t lost in 17 games.

After that comes Sweden, a side that Capello’s men labored to a win over under a month ago. A lot will depend on whether the opposing manger persists with Zlatan Ibrahimovic and this time we don’t have Sven to hand them a cheeky draw so that he gets a bit of nookie with Ulrika. Does anyone else think we always seem to play the Swedes in tournaments? Maybe it’s just me…

Wayne Rooney’s return to the squad could take place in the final group game with hosts Ukraine, in Donetsk. The country has had a good record against the home of Andriy Shevchenko. Host nations are not who you want to face in these tournaments and without sounding too cockney “they ain’t no mugs.”

If England manages to negotiate the group stage, they’ll be met in the quarters by the runner up from “Group of Death v2” featuring Croatia, Spain, Italy and Ireland. Should Capello’s lads make the semi’s they could face the winner of “Group of Death v1” featuring Holland, Portugal, Germany and Denmark. The remaining group sounds positively simple compared to the rest with Czech Republic, Greece, Poland and Russia battling it out.

The great thing about tournaments is their unknown quantity and after the draw, England has already been shortened to 9/1 with some bookies to win it. We’d err on the side of caution and stick with some kind of novelty bet on the first England team member to be involved in a drinkin’ or sex scandal. Poland’s beer is mightily cheap and with Andy Carroll on the plane anything could happen. If you thought the dentist’s chair was bad back in the day then just wait for big Andy after 17.5 jagerbombs!