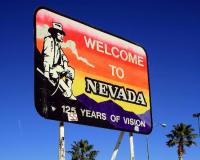 “Five or six” firms have already applied for licenses to operate an online poker site in Nevada. CardPlayer reports that the state’s Gaming Control Board Chairman Mark Lipparelli has already started to receive the applications with two coming from new firms applying as “manufacturers and distributors.” These relative unknowns are already undergoing scrutiny with Lipparelli admitting that “activating” an application before regulation is “not ideal.” Lipparelli started receiving applications “a month and a half ago” and declared that many got the wrong end of the stick last month.

“I think there was little bit of misinterpretation about what I said. What I meant was that in January the regulations have to be adopted, and I would expect, beginning in February, that people would want to pursue potentially operating an Internet poker site in Nevada. But that did not mean that only in February would the applications be accepted.” Lipparelli told CardPlayer.

Regulators will convene for a meeting on December 22 as they work towards an end of January deadline to thrash out the regulations. They are expected to allow firms that already hold licenses to simply tack on an Internet poker license as long as certain criteria are met. Whilst there are no guarantees for any firm, it looks like bwin.party’s “anticipatory” deal with MGM Resorts and Boyd Gaming was timed just right.

As far as a time scale on when firms will be up and running, Lipparelli was rather coy. He admitted that technology being approved may be the main barrier, stating that it will “probably take longer” than the actual licensing process. For now we’ll wait to see if the Nevadan regulatory gods give us something to celebrate on the traditional birthday of Jesus Christ. Hope they’re not atheists!