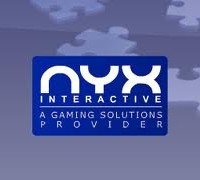 NYX Interactive his one of the 500 fastest growing technology companies across Europe, the Middle East and Africa. The Swedish company made it onto the Deloitte Technology Fast 500 EMEA 2011 and follows fellow gaming industry firm PKR.com onto the list. Whilst ruing the decision to leave the announcement a few days and giving PKR the chance to scoop them, David Flynn CEO for NYX Interactive admitted: “It’s an honour to see that NYX’s impressive growth has been recognised by such a high profile international ranking.  This year alone has seen excellent progress for NYX and is a testament to the hard work by our dedicated staff and the quality of our products and client portfolio.”

The Spanish Gambling Authority has approved eCOGRA to act as an official testing agency ahead of upcoming regulation. The “independent player protection and standards body” can now test and certify iGaming software and information systems security for the country’s regulated market. When applying for a license, firms will undergo an assessment of both the platform and games before they’re allowed to operate. Four months after the license has been issued the applicant has four months to get their house in order before a final inspection of operational systems, games and hosting facilities. Only then can you crack open the celebratory Rioja and toast a full license. Arriba! eCOGRA brands itself as “independent” even as companies still have reservations about the brand being founded by 888 and Microgaming back in 2002. It’s still unclear as to what role the two firms play and explains why impartiality questions remain. The concept is a good one and their success is something welcomed here at the tablog.

Paddy Power’s Australian arm Sportsbet has launched a new mobile sportsbook in partnership with Mobenga. The Swedish-firm has already a full mobile solution for the sportsbook that works across Apple iOS and Android devices with further developments likely in the future. Raymond Smit, Sportsbet’s mobile manager, said: “With smartphone penetration in the Australian market at 37% and growing, developing a mobile platform to suit this demand became our top priority. We were very impressed with the work Mobenga has provided to European betting companies and partnering with such a leading mobile development house was the obvious choice.”