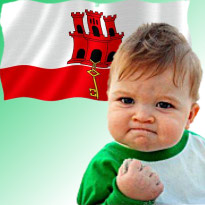 Plugging the £50m funding gap allegedly plaguing UK horse racing was topic du jour at the Leaders In Racing conference in London on Thursday. With a begging bowl in one hand and a whip in the other, British Horseracing Authority chairman Paul Roy took the podium to (re)state his case that those who profit from racing (i.e. bookmakers) need to pay racing its due via whatever system replaces the 50-year old Levy.

The most recent Levy was increased from 10% to 10.75% of bookmakers’ gross profits, but neither racing nor bookies were happy with the deal. Despite the percentage bump, racing claims bookmakers’ overall Levy contributions have plummeted since many operations relocated their head offices to Gibraltar (or, as an op-ed in The Telegraph by racing luminary Charlie Brooks calls it, “that parasitic little island”), which allowed them to stop contributing to the Levy altogether. Bookmakers retort that their contributions via sponsorships and television rights more than compensate for any shortfall in Levy funding.

As the BHA’s Roy (still) sees it, the UK government needs to step in and compel the bookmakers into behaving as the BHA sees fit, and he’s “confident that we’re going to be seeing action.” But John Penrose, the minister responsible for reconciling these two warring factions, seems to want the whole problem to just go away already. “Whatever solution that is arrived at has to be a sustainable and non-political commercial solution and one that’s going to last. If there’s an agreement which racing and gambling can come to which ticks those two boxes. I don’t really care how they come to it.”

The BHA isn’t entirely intractable. For instance, a rule barring jockeys from writing blogs and columns for bookmakers is set to end in November. The matter grew heated after Betfair started promoting a new column by Ryan Moore, which the BHA managed to torpedo before it had even appeared. Since trainers weren’t included in the BHA ban, the wee jockeys felt they were being unfairly singled out, which prompted the Professional Jockeys Association to raise a ruckus. The BHA’s Paul Scotney now claims it was all much ado about nothing. “Provided there are checks and balances and it is within a strict framework there is no reason why they can’t do interviews for a bookmaker, in-house TV or blogs.”