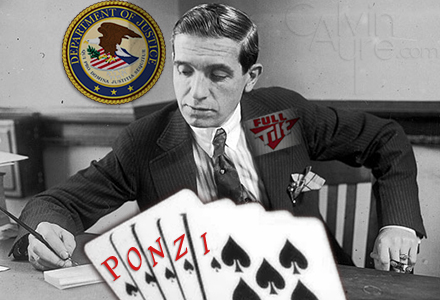 Ponzi scheme (n.) – a form of fraud in which belief in the success of a nonexistent enterprise is fostered by the payment of quick returns to the first investors from money invested by later investors.

Charles Ponzi wasn’t the first person in America to concoct a fraudulent investment scheme for personal profit. That honour is lost to history, but notable and documented descriptions of securities fraud go back as least as far as the 1880 case of a Boston woman named Sarah Howe. Ms. Howe earned three years in prison for operating a “Ladies Deposit” that offered that city’s women a promise of an eight-percent return on investment. Then there was William Miller of Brooklyn, New York, who predated Ponzi by more than a decade; his so-called “Franklin Syndicate,” which promised a 10 percent ROI per week, earned him 10 years in prison. But in 1920 the Italian immigrant Ponzi’s scheme to profit from arbitrage in, of all things, post-World-War-I international postage reply coupons became infamous when a Massachusetts bank regulator’s investigation determined that Ponzi’s accounts were at least $7 million in debt. The number was an all-time record (worth about $79 million today when adjusted for inflation), the case became infamous, and the template for how America talks about securities fraud was set.

Ponzi schemes have sprung up countless times in the intervening decades in countries all around the world, taking investors for sums large and small. Reports of failed schemes have become even more prevalent as our world has become increasingly interconnected, but from 1880 to 2011, all of them have shared one common characteristic: a promise to the poor, the desperate, and the greedy of extravagant returns for next to nothing. If you’d never known any of that before reading this article, you wouldn’t be alone. Plenty of people’s introduction to the nuts and bolts of a Ponzi scheme came in late 2008 when Bernard Madoff was arrested in connection with the largest case of securities fraud in history. Madoff was arrested that December on charges that he bilked investors of tens of billions of dollars by never actually investing any of the money sent to him and doctoring records to make it look like his accounts were solvent. Madoff later pled guilty on all counts saying he was solely responsible for the failed $65 billion investment scheme, and in June 2009 he was convicted and sentenced to the maximum of 150 years in prison. 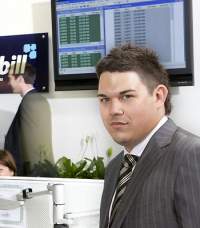 An elaborate crime, a conviction, lots of big numbers for the media to throw around, and, most importantly, a single party to blame: when the Madoff saga was all played out there were tens of millions of people who knew exactly what a bad thing a Ponzi scheme was, even though they didn’t know a lick about the man it was named for. This “Ponzi meme” was on the verge of receding from America’s collective short-term memory this August when a Republican presidential candidate managed to rejuvenate it. After declaring his candidacy for president of the United States, the media began talking about Texas Governor Rick Perry’s 2010 book Fed Up, in which he explicitly refers to America’s Social Security program as a Ponzi scheme. Perry stuck to his guns at first and used the negative mainstream media attention to win some credibility with the Tea Party faithful, but he would eventually back off from his statements when they looked like they could be bad news for his campaign. That has given his GOP rivals, as well as everyone who enjoys watching Perry squirm under the scrutiny he’s been receiving as the perceived GOP frontrunner, plenty of reason to keep tossing the term around in debates and opinion columns ever since.

So as he spoke at a press conference on September 20th to announce the DOJ’s amendment of its complaint against Full Tilt Poker, Preet Bharara, the United States Attorney for the Southern District of New York, had a card up his sleeve. “Full Tilt was not a legitimate poker company, but a global Ponzi scheme,” Bharara told the press, and within hours there were hundreds if not thousands of news outlets credulously quoting his statement without bothering to ask whether Full Tilt Poker was actually a Ponzi scheme. And of course, that was the entire point. Today’s crowded media industry operates in many ways as a giant echo chamber, with a handful of big outlets defining the stories of the day and an ever-expanding ecosystem of websites and social media repeating the message. These small players continue to echo for days, weeks, and sometimes, even months after the public’s attention span has long since turned elsewhere. The DOJ knows this and offered up a sound bite that essentially wrote thousands that day’s headlines, guaranteeing that the message the general public would hear is that a major online poker company was operating as a Ponzi scheme.

Of course, Full Tilt Poker never promised anyone a return on investment. From the time of its founding until the fallout from a chain of events precipitated by the Unlawful Internet Gambling Enforcement Act of 2006 began to hit, Full Tilt was by all accounts a legitimate online poker cardroom. Its business model consisted of offering real-money poker to players worldwide and collecting a rake; the players were able to win money by playing a game of skill, and to cash out their winnings at any time, but nobody was ever guaranteed a profit. Early in 2007 things were still looking good and Full Tilt began paying out $5 million per month to each of its board members.

Later that same year the DOJ shut down payment processor NETeller, seizing $55 million in money belonging to American poker players and gamblers. After this first blow, Full Tilt sought new payment processors and came across Daniel Tzvetkoff’s company Intabill. That worked out well for about a year until Intabill ran off with $43.5 million and then declared bankruptcy. Then Full Tilt got involved with a troubled Utah bank, Sun First, which worked out well until American bank

regulators told Sun First to stop processing payments for online poker. This should have deprived Full Tilt of the cash to continue running its operations, but the company chose to continue crediting players’ accounts with money even on occasions when deposits wouldn’t go through. That losing strategy was compounded by Full Tilt’s board members continuing to receive their monthly payments and the company ended up with a nine-figure shortfall between what it owed players and the numbers actually on its books.

This was all undoubtedly terrible business, and certainly criminal on a number of counts, but it is fundamentally not a case of securities fraud that saw early investors paid with money from later investors. At a moment when the country’s legislators are giving serious credence to the notion of regulating online gambling and opening the market up to the brick-and-mortar industry’s major players, the US Department of Justice made a conscious tactical play to earn credulous coverage of its case against Full Tilt. The idea of the Ponzi scheme is firmly embedded in the American consciousness right now thanks to Madoff and Perry, and it’s doing all the work in the court of public opinion. Full Tilt Poker is just beginning to pay the toll for its reckless business decisions, and players whose money disappeared overnight still have no idea when (or if) they’ll get their money back. But don’t count on the US Attorney for the Southern District of New York being held to account for the deliberate misrepresentation of Full Tilt’s activities to the press – there’s no scary, headline-ready term like “Ponzi scheme” to describe the advance work Bharara’s office is doing, wittingly or unwittingly, for American casino companies.