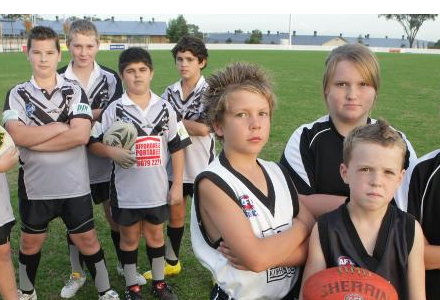 Australia’s largest sporting constitutions are continuing to belittle their government’s plans to stifle fun and community spirit. Both the National Rugby League (NRL) and Australian Football League (AFL) are running TV advertising campaigns expressing their opposition to mandatory pre-commitment plans the government plans to roll out on the nation’s pokies machines. It’s significant that these adverts are airing in the next week, as it’s the run up to each league’s showpiece Grand Final.

Eddie McGuire, president of AFL club Collingwood, commented, “To suddenly, out of nowhere, without any consultation, to have what looks like being a footy tax imposed is going to hit football clubs right between the eyes.”

It’s claimed that Australia’s clubs will be hit with a bill for approximately $3billion to upgrade the machines and this would hit the country’s sporting institutions hard. Clubs currently support NRL organizations to the tune of $25m every year with much of the money funneled into projects to develop the sport at a grass-roots level. It’s telling that there’s a silence from the government on where they believe this shortfall is likely to be found…

Australia has seen a number of nationally publicized stories on problem gambling in their country. Lazy media down under take the view that if it’s given to us, it’s an easy story so we must publish it. No ifs. No buts. It’s easy so they publish. That means the complete absence of any scientific evidence behind it and just anecdotal reports. One such study led by Harvard Professor Dr Howard Shaffer debunks much of what the Aussie gambling industry opponents have to say.

Shaffer’s study in British Columbia shows how the province’s gamblers cited their motivations for gambling. “Fun” and “socializing” scored higher than “winning money” that again go to back up our assertion that gambling is primarily a form of mainstream popular entertainment.

A NATION OF GRUMPS?

Another of our friends here at CalvinAyre.com, Dr Patrick Basham, has studied the gambling industry in depth and his findings are also interesting to look at in relation to those folks down under. He has stated in the past that retirees who “remain active in the community and constantly engage in social activity, often, largely or exclusively through gambling, live happier and healthier lives.”

The demise of Australia’s clubs would mean that these retirees mentioned would be a lot less happy than they are now and even the Aussie government will admit that they don’t like to see a grumpy gramps. Apart from the closure of clubs would rip the heart out of many Australian communities. If the initial $3bn costs don’t do it then the repercussions felt the grass roots level of sport will lead to kids having nothing to do. You only have to look over the other side of the world to see what happens when the kids have nothing to do…