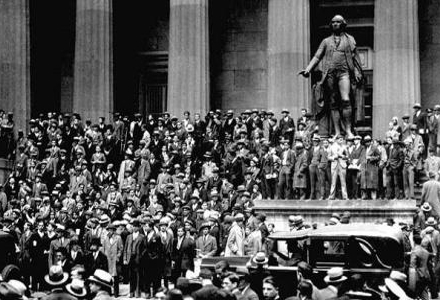 The global markets were hit hard yesterday as experts warned that with a recession creeping up, world financial leaders this time have no excuse should the world’s economy take a significant plunge. In what is becoming a monthly occurrence, the FTSE 100 saw £64billion wiped off its value as it closed 4.67% down with every company on the list seeing their price fall. In falling by that much it takes the title of “the biggest single day loss since March 2009,” from August 4th.

New York didn’t fare any better. The Dow Jones was down 3.99% and had us all asking are we staring down the barrel of another recession? We’ll rephrase that slightly: how many barrels of beer are we going to need before this all goes away and can be attributed to a bad hangover? The International Monetary Fund’s (IMF) annual meeting in DC was just as gloomy with the Orange/Grey combo of Christine Lagarde telling the world economy, in not so many words, to “get its house in order”.

How did gaming industry stocks get on though? New York’s grouping of land-based casino business firms that rely on Asia were by no means safe from the latest declines in the market. At the close, chief of the declines was Las Vegas Sands falling 7.05% on top of the 7.5% decline it experienced last month. Melco Crown took a hit to the tune of 5.92%, with declines also felt at Wynn Resorts (5.56%) and MGM Resorts (4.90%). Just to show that Macau was a complete no go area for shares, SJM Holdings shares dropped 4.2% as Hong Kong shares were poised for their biggest weekly decline since 2008.

On the other side of the pond, the air of doom and gloom was raw as ever with UK listed gambling industry firms playing copy cat. Betfair took the worst hit where shares were down almost 60 pence on the day as they closed at 723p, 6.77% down on the day before. Yesterday was of course the day that it was announced Ed Wray was stepping down and coupled with the market declines, it did little to remedy shareholder confidence.

One of the worst hit firms was Bwin.party (Pwin) where shares fell 3.55% closing at 126.30p. The company will also have been far from happy that Italy’s economy (10% of Pwin’s group revenue) was down-graded to “A” by Standard and Poor. As for the rest of the motley crew, Playtech was down 3.47%, William Hill 2.43%, Sportingbet 1.49% and 888 Holdings 1.47%. The only two that maintained a shred of decency were Paddy Power, where shares were up by .07 points and Ladbrokes that had a decline of just 0.15%.

The IMF has estimated that the Greek economic crisis may have cost Eurozone banks as much as €300bn. Baudouin Prot, BNP Paribas chief executive, has even moved to stamp out rumors that his bank is talking to Middle Eastern investors. If you don’t want it, I’m sure Greece isn’t fussy.