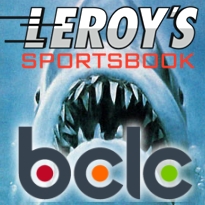 The Nevada Resort Association (NRA) is keeping a close eye on the growing phenomenon of sports betting kiosks operated by Nevada-based Leroy’s Sportsbook. The ATM-like kiosks have been popping up far from casino floors, in such venues as bars, restaurants and other ‘restricted locations’ that by law cannot contain more than 15 slot machines. The Las Vegas Review-Journal reports that, while the NRA was “not objecting to anything specific at this point,” NRA President Virginia Valentine believes allowing the kiosks in these traditionally slots-only locations “changes the game.” The Nevada Gaming Commission is set to rule on an application for use of the kiosks at venues run by Golden Gaming Inc. on Thursday.

When they made their debut four years ago, the kiosks were designed to facilitate wagers made with money already on deposit in a Leroy’s sports betting account. As technology has advanced, the machines have been upgraded to allow deposits and withdrawals, and the ability to open a new account directly via the kiosks is currently awaiting approval from state regulators. (Similar devices operated by Aussie bookies Sportsbet recently received a seal of approval in Australian Federal Court.) Leroy’s is a subsidiary of American Wagering Inc, which was recently acquired by William Hill.

Not likely to receive regulatory approval for installation on a casino floor? Loan sharks. Yet a Vancouver casino employee is alleging that such unlicensed and unscrupulous money men are operating inside the Edgewater Casino with the full knowledge of some British Columbia Lottery Corporation (BCLC) officials, and little is being done to stop the practice. The anonymous insider told CBC News that “everything here is overlooked and people can basically get away with anything they want. Management, supervisors, dealers, all know who the loan sharks are. They all walk around. And if a dealer is to say something, the only person he really tells is a supervisor, and the supervisor can tell the floor manager. But from there it just seems to drift away.”

A BCLC spokesman told CBC he “can’t envision a circumstance where a service provider or BCLC staff would tolerate … known incidents of criminal activity on the floor.” But the CBC’s source was adamant that “loan sharks provide that steady income, that regular sort of drop in the box for [casinos]. So if they cut [loan sharks] out they’ll be cutting out a lot of their profits.” The whistleblower suggested BCLC had a too cozy relationship with the casinos it was supposed to be regulating, transforming the supposed watchdog into a toothless old basset-hound (we’re paraphrasing here).