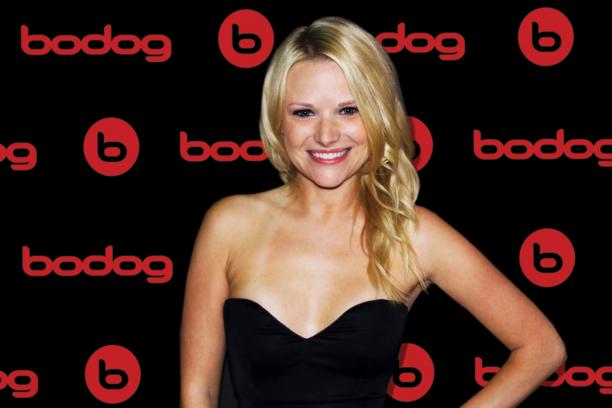 Amanda Leatherman has joined the fittest team in the world of poker and the best news – Team Bodog’s latest addition is…SINGLE. The blonde-bombshell, and ex-cheerleader, from North Carolina joins both Evelyn Ng (@EvyBabee) and CalvinAyre.com reporter Tatjana Pasalic (@Tattytats) and will be hitting the tables…just as soon as her DI (Drinking Injury) clears up. Fighting with a hammock after a night on the piss is something we can definitely attest to and a gash to the knee is not something to be taken lightly. For more drunken tomfoolery and a lot more, hit her up on Twitter (@MandaLeatherman) ahead of her hitting the felt.

William Hill has confirmed that they are in discussions with mobile gambling industry specialists Probability. Hills today corroborated earlier stories by stating that any offer for the Gibraltar-licensed firm will be cash. It comes after Probability had already confirmed that a preliminary approach had been made. The Hills’ statement said that the company “reserves the right to reconsider and, if appropriate, amend this position as discussions progress.”

It’s hardly a surprise that Hills are considering their options in terms of the mobile gambling industry. Apart from Asia, where their status as a public company restricts them, mobile is one of the fastest growing areas in the entire gaming industry. Couple this with their Nevada acquisitions, which included the Leroy’s App business as part of American Wagering Inc, and this deal has legs.

Ladbrokes’ takeover of Sportingbet is another that has been affected by changes to government legislation with yesterday’s news that they must announce their intentions by October 17. Further to this, a Times article today reports that getting an extension from the Takeover Panel shouldn’t present a problem. The deal hinges on Sportingbet getting rid of their Turkish operations with a deal thought to be in the pipeline with GVC Holdings.