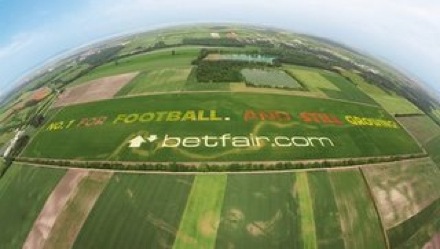 Betfair’s core revenue showed a decline of 7% to £80.8m as an interim management statement was released for the first quarter of the current fiscal year. Much of the reason for the decline is due to last year’s comparable period being a record one for the firm (remember they were still privately owned back then) and the World Cup accounting for much of the revenue loss.

More encouraging for the firm is the performance of their mobile product with bets placed increasing 94% to 7.4million and revenue up 78% to £4.2m. It reflects a trend that can be seen in all parts of the online gaming industry and is something that will continue to be huge for some time yet.

That masked a worrying decline in many of their core products though. You can understand the sport net gaming revenue (NGR) declining by 6% compared with last year as the World Cup was taking place. Games and Poker both saw a 12% decline in NGR. If anything you’d expect an increase from a period when sports bettors were all obsessing over the World Cup.

As for the current month, outgoing CEO David Yu, said, “Trading has been encouraging in the second quarter, including a good start to the football season. Consequently, Core Betfair revenue in August was up 12% versus the same period last year and, whilst it is still early in the financial year and the economic environment remains uncertain, we remain comfortable with the outlook for FY12.”

To that end the firm’s share price showed signs of a recovery earlier today as it hit 655.50p was consequently was up just over 4%.

Betfair’s US operation is another part of the business that is doing a-ok as TVG again increased its share of the Advanced Deposit Wagering (ADW) market. It meant a handle and revenue increase of 6% against an overall decline in the market.

Realistically, the chances of the company experiencing rapid growth are far behind them after they decided that becoming publicly traded was the way to go. It effectively locked them out of the gambling industry’s cash cow – Asia. The decision to start offering fixed odds betting has also been widely criticised as it goes away from their USP. Restrictions in much of the European Union’s gambling markets are something they themselves identified shortly following their IPO back in October. That could be why they don’t sound too worried…yet.

The betting exchange has announced that Peter Marcus will be taking the position of UK Director. From the start of October he will take charge of the company’s UK business that makes up just over 50% of the company’s total revenue. Peter has a long history in the gambling industry and has taken up roles as COO of William Hill Online, and other roles at Cryptologic and Fortune Lounge Group. He joins Betfair from BetClic Everest where he was Group Chief Strategy Officer.