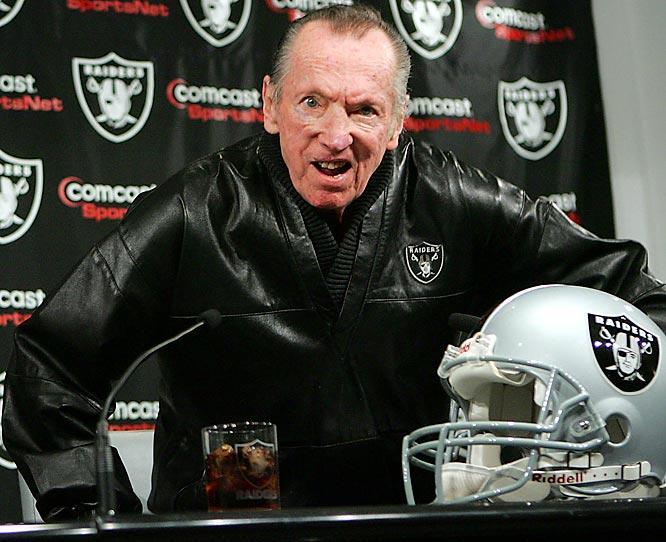 We shouldn’t really be surprised that Al Davis and the Oakland Raiders are taking a gamble on yet another extremely gifted QB who may have some personal issues. Despite the controversy following Terrelle Pryor from his college tenure, he has found himself into the NFL with a very real chance to see the field as QB on the Raiders depth chart.

Jason Campbell played decent football last season, but as he enters the last season of his contract, his job is anything but secure. When you look at the other QB’s in front of Pryor; Edwards and Boller, both don’t have impressive resumes.

It’s funny to me how the guy who had the most controversial and corrupt college tenure at Ohio State has ended up in arguably the best situation he ever could have hoped for in playing for the Oakland Raiders. Take note kids!

As for the Raiders, we’ve seen this before. Yet another draft pick spent on a freakishly athletic, unpolished QB with a sketchy attitude.

I wonder what JaMarcus Russell is doing right now? That’s a silly question, of course he’s spending the millions of dollars he took from the Raiders and sipping on that syrup. He’s sure not playing football.

At least Pryor will have to earn his keep.