The lowdown: One of five sides to be sponsored by an online gambling industry company (12Bet.com) they are likely to again struggle at the wrong end of the table. The summer has already seen star player Charles N’Zogbia depart for Aston Villa on a £9.5million transfer and manager Roberto Martinez is unlikely to see much of that sum. They did manage to hang onto the most vital cog in the whole machine though – Martinez.

It will be interesting to see if the boss goes out to sign anyone else. The side could end up being safe by virtue of there being three teams worse off than themselves. It’s a big if though.

Star man: Ali Al-Habsi (Goalkeeper) – A successful loan-spell led Marinez to sign the stopper for £4.5m. Was a major reason why they managed to stay in the division last season.

One to watch: Victor Moses (Forward) – The former Crystal Palace winger-cum-striker has failed to ignite since his move 18 months ago. With N’Zogbia now gone it’s his chance to shine

Expected finish: Likely to go down to the last day as they retain the final place in the division. 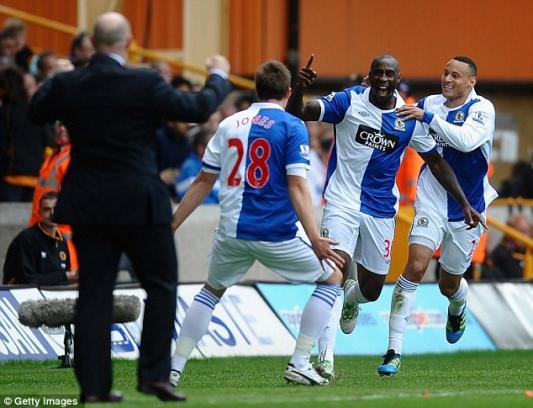 The lowdown: Apart from a ridiculous advert for owners (and now also sponsors) Venky’s (see video below) there hasn’t been an awful lot to shout about. Star young centre back Phil Jones found the lure of Manchester United too irresistible and the owners still haven’t been able to tempt Ronaldinho with a move to deepest darkest Lancashire.

Star man: David Dunn (Midfielder) – Suffers from more injuries than most but on his day still makes this team tick.

One to watch: Grant Hanley (Defender) – Another off the production line of big young proper English centre halves. Has probably had more Lancashire hot-pots than the next man. Unless the next man is Dunn.

Expected finish: May benefit from the poor transfer dealing of a couple of other teams down there. 14th.