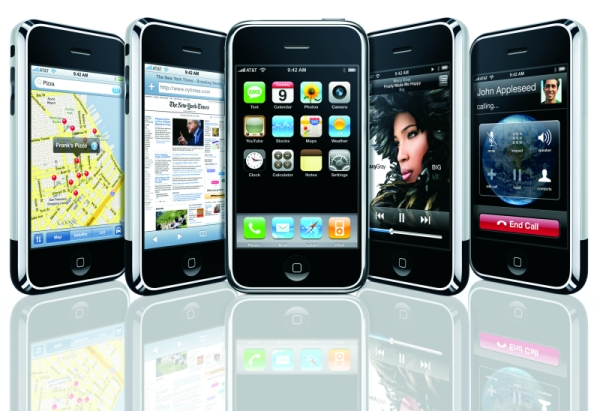 For those of you that have been in a cave for the past few months the news that smartphone sales are likely to top a billion by 2016 may make you choke on your burrito. The latest figures are published by IMS Research and cite that the cost of devices falling will be one key driver of the growth.

Josh Builta, mobile analyst for IMS Research, told VentureBeat, “The trend is mostly enabled by an increase in entry-level smartphones, which give more users access.

“Like with many other products, affordability along with high demand equals big sales.”

He continued, “Higher smartphone demand is being driven by factors like a wider range of applications and social networking. And who knows what else is around the corner?”

IMS’ report says that around 420million devices will be sold worldwide in 2011 meaning that it will only take the market five years to reach the point where people will start to cream themselves over the numbers. By that stage, the figures will be real as well.

Everyone will be happy with the figures except for one Finnish company. Spare a thought for the folks at Nokia. After owning 40% of the market in the first quarter of last year it’s now diminished to just 24% and looking at the chart below you can see just how perilous it’s looking. 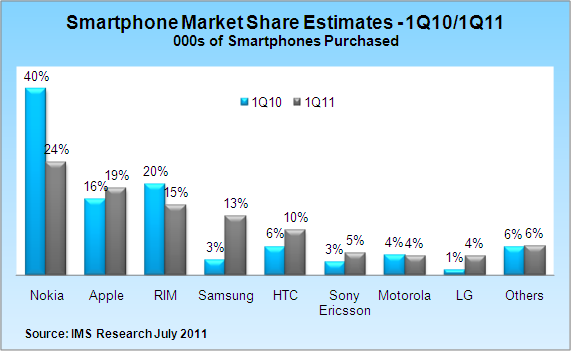