Home / Sports / The NFL Lockout is over 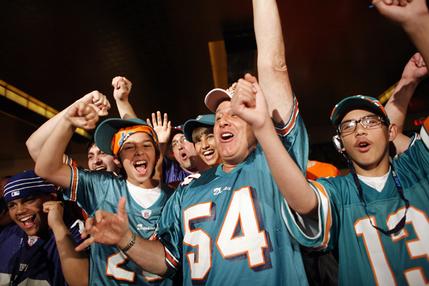 It’s over, it’s finally over and it couldn’t have happened at a better time. The NFL Lockout has been ongoing since March, but today, after the players agreed to the 10 year CBA, we can now start our focus on how glorious the 2011-2012 NFL season is going to be.

For a while it looked like the lockout was going to drag on into the pre-season. But smarter heads prevailed and at the end of the day, you have to give credit to both sides for getting this deal done without any games being missed, which is another reason the gambling industry has to celebrate this deal.

According to Yahoo Sports, NFL clubs could start signing 2011 draft picks and rookie free agents as early as Tuesday. Teams can begin talks with veteran free agents by Tuesday, and their signings could begin Friday. Training camps are set to open for 10 of the 32 teams on Wednesday, 10 more on Thursday, another 10 on Friday, and the last two teams on Sunday.

With the NFL Lockout ending without the cancellation of any regular season or preseason games, fans have to pleased. But the NFL itself has to be pleased with the overall result, considering it’s rival league the NBA is mired in a lockout that is expected to last into their regular season, the NFL may be able to eat up an even bigger piece of the pie as the king of North American major professional sports.