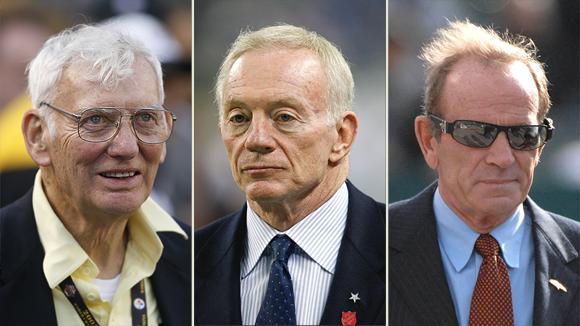 A quick update on where the NFL Lockout situation stands has shown that it is now the NFL owners waiting on the players to decide if they want to play football anytime soon.

The NFL owners approved the new agreement by a unanimous vote of 31-0. It could have all ended this week, but the players have yet to approve the deal themselves. The NFL Players Association decided not to vote Wednesday, Thursday or Friday, and now it’s beginning to look possible that the group won’t make any decision until next week.

What’s the hold up? Well it’s actually more complicated on the player’s end. In order for the new CBA to be approved, the 32 team reps will have to recommend accepting the settlement and then the 10 named plaintiffs in the players’ anti-trust lawsuit against the league will have to officially appear before the court to give their approval.

After that, all of the players would have to take a majority vote to approve the NFLPA to re-certify to union status. Once the union is re-established, it can begin negotiations on parts of the CBA.

But all the heavy lifting seems to have already been done. The owners are in agreement on a 10 year CBA, in which the $9 billion in annual league revenues will be divided up into 53 percent to owners and 47 percent to players. The old CBA had the split at around 50-50.

So now, like before, the gambling industry must just sit and wait, but at least the pigskin is back in the players’ hands.