Home / Sports / Light at the end of the NFL Lockout 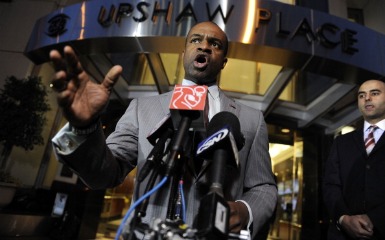 There’s light at the end of the tunnel of the once dark and gloomy NFL Lockout and the gambling industry couldn’t be happier. It seems it’s all but a formality now that the lockout will be resolved without the loss of any games.

According to the Washington Post’s Mark Maske, it’s a matter of dotting i’s and crossing t’s. Both sides have resolved a number of differences and as they met today in New York, the remaining issues pertained to resolving the anti-trust lawsuit filed by the players back in March of this year.

It is now conceivable that once the anti-trust issues are put to rest, all that remains is for the players to vote to approve the new CBA and reform their union, and for the owners to add their vote to approve the deal, all of which could happen as early as this week.

According to the Washington Post, the deal would have to be ratified by at least 24 of the 32 owners. NFL officials have said the lockout will be lifted only when there is an official, signed collective bargaining agreement.

We are now looking at an exciting situation where if both sides approve the deal this week, we could see free agency move into a wheeling and dealing frenzy as early next week.

Get your juicy NFL props ready, where will Plaxico Buress end up?