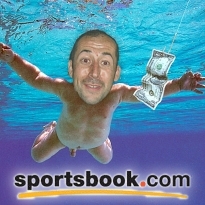 Late last week, rumors swirled that Sportsbook.com had undergone an ownership shakeup. A short while later, betting forums saw the emergence of IndustryAlert.org, a self-described Costa Rica-based “independent and non-profit organization setup [sic] by players who have been burned” by shady gaming companies in the wake of Black Friday/Blue Monday. IndustryAlert wanted the gambling world to know that it was “very concerned” by the Sportsbook.com rumors and helpfully suggested that players get their money off the site ASAP.

IndustryAlert’s website is a pretty threadbare operation, and their initial communiqués to bettors didn’t instill confidence (apart from spelling mistakes, they referred to Absolute Poker as ‘Action Poker’). Also, their list of villains lumps PokerStars in with AP/UB, betED and Full Tilt, even though PokerStars are regarded as post-Black Friday heroes for their efforts in refunding players deposits. A few forum members went further, questioning how their email addresses came to be in IndustryAlert’s possession, suggesting that it’s a naked phishing expedition. Regardless of their identity or motive, we do enjoy the IndustryAlert site’s slogan: “No advertising, just angry.” Hulk… smash!

Has Sportsbook.com stopped accepting new US players or not?
Peter Amsel
10 August 2011