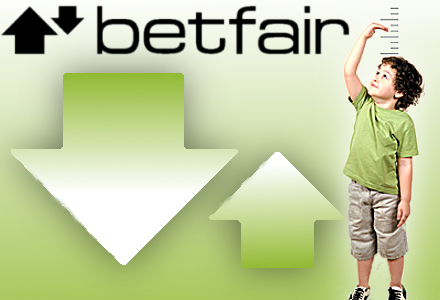 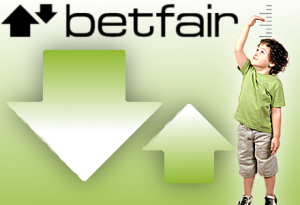 After Betfair announced its full-year results last week, the Sunday Times‘ Matthew Goodman took a long look at just how/why the company”s shares managed to lose nearly half their value since their October 2010 float. In his profile, Goodman focused on the companies’ eagerness to portray itself as a technology giant on par with the Facebooks and Googles of the world, and the investment community”s complicity in choosing to view the company as such.

Much of this early hype stemmed from Betfair”s unique selling point, the betting exchange model, which many since-chastened analysts predicted would ultimately spell doom for traditional fixed-odds bookmakers. However, as Goodman points out, that revolutionary feature is now over a decade old, and bookmakers haven’t gone anywhere. Indeed, Betfair has even adopted some of the old guard’s methods, offering traditional fixed-odds wagers in addition to the peer-to-peer option.

To make matters worse, the company’s attempt to export the exchange model beyond the sports world into share-trading (LMAX) has been underwhelming. Nevertheless, outgoing CEO David Yu rejected Goodman’s assertions that Betfair had stopped innovating, pointing to the company’s role as a “pioneer” of in-running betting. Yu also defended the addition of fixed-odds betting as a case of giving punters what they want, much as when the company added poker and casino options. But the fixed-odds move may have more to do with addressing Betfair’s core problem — regulation.

As Goodman notes, while countries around the world are incrementally moving toward loosening restrictions on their gambling markets, these same countries view betting exchanges as an entirely different and much more threatening beast. As the only real option for punters who wish to actively bet against a team or player, countries (rightly or wrongly) view betting exchanges as catnip for match fixers. Being a publicly traded company, Betfair is now bound by shareholder agreements to limit operations to markets that lay out the governmental welcome mat, the list of which has not grown anywhere near as fast as Betfair shareholders would have preferred.

With growth having flatlined, the market restrictions facing Betfair will become an even more pressing concern when investors figure out that the company is essentially locked out of Asia — the great white whale of betting markets. Without an Asian strategy, how can Betfair possibly hope to achieve the overseas expansion that it identified as a key source of future growth?

In announcing its FY results, Betfair said it plans to institute a £50m share buyback (something that Google, as Goodman noted, has yet to do in its history). While Betfair finance director Stephen Morana claims the company has sufficient cash on hand to both execute the buyback and invest in its future, we humbly suggest that the company combine the two strategies. Buy all of the shares back, take the company private and thereby cast off the regulatory chains that are making real growth so elusive.