[In the interest of full disclosure, I am working with the D.C. Lottery on a related plan, to bring in electronic Instant Ticket Vending Machines (“e-ITVMs”). These will look like the most advanced Class II machines, and will dispense instant lottery tickets.] 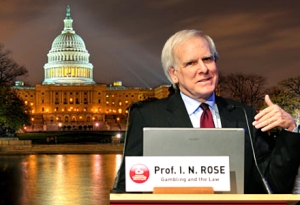 The District of Columbia officials held a public hearing today, Wednesday, June 29, on their plans to start taking money bets on online gaming in September. Opponents were there in force. They appeared to be mostly people opposed to all gambling, rejecting the arguments that this was being done to protect players, since D.C. was only going to make legal what was already taking place.

Players and others sitting in front of screens think that setting up an online gaming site is easy. Oh sure, you have to get the techies to do whatever it is they do with computers. But once the operation is legal, you just sit back and watch the money roll in.

Antar C. Johnson, Assistant General Counsel to the D.C. Lottery, can tell you different. Working with Ridgely Bennett, the General Counsel, Antar has to develop regulations for the first legal internet poker and casino games in the United States. The present plans are 10 to 20 “hot spots,” where anyone 19 and older can bring their own laptop computer and play games for money. Think Starbucks, only with 100% legal gambling. Since there is nothing like this in America, the Lottery’s lawyers have had to start from scratch.

The first step in setting up internet gaming is to get it authorized. This was the relatively easy part. The District of Columbia is a unique federal enclave. It has no voting representatives in Congress, but it does have the power to make its own laws… so long as Congress does not object. Like 46 of the 50 states, D.C. is facing a large budget deficit. At-large Councilman Michael Brown proposed amending the proposed budget to include online gaming to help fill the gap. Under federal law, Congress then had 30 days to object. When the time was up, in early April, technically D.C. became the first jurisdiction in the U.S. with the right to offer online poker and other “games of chance” and “games of skill” to adults who are playing while physically within the boundaries of the District.

The idea is that the D.C. Lottery will introduce online gaming through these “internet demonstration games:”

The first games will be poker and Victory at Sea, which is like Battleship, though played against the computer. Although the last game sounds like it could mean anything, or everything, since all gambling games have random number generators, even if that is only a pair of dice; in practice, the random number games will act as mini-games for players waiting to get into a poker game.

The D.C. Lottery has filed a trademark on the official name of the endeavor: igamingdc.com. The games are legal because they are under the control of the District of Columbia Lottery and Charitable Games Control Board, even though the actual gaming will be operated by Intralot, the giant Greece-based company. The website is being designed by Intralot’s recently acquired CyberArts.

The Lottery will give instructions on how to play the games on its website. These first games will be 100% free. Players will get free point or credits when they register, and receive more every day. The prizes are points or credits redeemable only for “participation in games or contests offered by the” D.C. Lottery. Of course, the Lottery offers money games, but, I checked, and during the demonstration period, prizes will not include real lottery tickets.

Interestingly, the minimum age will be 19. Most lotteries restrict their games to adults over 18, while casinos, especially those that serve alcoholic beverages, exclude everyone under 21. And the Lottery will check to make sure no one underage participates, or even signs up.

Registration looks like it will be fairly simple. Since no money can be won, there is no need to get players’ social security numbers. On the other hand, play is strictly limited to those physically located in the District. So, the Lottery is trying out is “location verification technologies.” It will also put in cyberborder software and other means to prevent outsiders from playing. The Lottery is worried about collusion in poker games, bots and cheating, and is taking steps to prevent these, even on the free demonstration games.

The major worry of outsiders is whether there will be enough liquidity for the poker games. D.C. has only about 600,000 full-time residents. Of course, it gets millions of workers and tourists visiting every week, and there are millions more potential players in nearby states, if they can be enticed to visit. And liquidity is not an issue for a banking game, like Blackjack. But the demonstration games will, at the beginning, only be offered between 10 am and 4 p.m. This is the height of the visitor influx, but not normally when people play poker. And the stakes will be fairly low, probably limiting players to $250 deposits a week. But, I bet there won’t be any trouble finding a poker game online during lunch hours.

If D.C.’s experiment with legal internet gambling is a success, states will be sure to follow. The first will probably be California, Iowa, New Jersey and Florida. It is important to remember that there were no legal state lotteries in the U.S. when New Hampshire held its first drawing in 1964. Today, 43 of the 50 states, and D.C., have state lotteries. But it did take more than 40 years to reach this stage.

If legal internet gambling works in Washington, D.C., this time, it won’t take 40 years for the states to climb aboard.

© Copyright June 29, 2011, I. Nelson Rose, Encino, California. All rights reserved worldwide. Gambling and the Law® is a registered trademark of Professor I. Nelson Rose, www.GamblingAndTheLaw.com.

Sports gambling in US capital off to a slow start
Erik Gibbs
10 August 2020
.