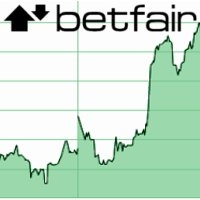 After enduring a week from hell that saw its share price plummet and CEO David Yu announce his departure, betting exchange Betfair has announced its full-year results for the year to April 30, 2011. During that time, group revenues increased 8.1% to £368.6m, while adjusted EBITDA was up 36.9% to £73.2m. Basic earnings per share were up 56.2% to 33.9p, and the company declared a maiden final dividend of 5.9p per share.

Sports revenues grew 10%, with football revenue up 24%, helped immeasurably by the 2010 FIFA World Cup. Football has now (marginally) usurped horseracing as the largest contributor to Betfair’s sports revenue (footie 42.3%; racing 42.1%). Racing’s decline was blamed on weak UK economic conditions and an overall shift to betting on other sports. Betfair’s exchange continues to account for the lion’s share of sports revenue (92%). “Risk-based products” were up slightly in FY11, but FY12 is “currently below expectations due to an adverse margin performance during May.”

The company currently holds a cash position of £155m (up from £150.9m) with no debt, but Betfair intends to spend a little of that dosh by seeking shareholder approval to buy back up to £50m of its own stock. (Having hit a record low this week, it is currently priced to move.)