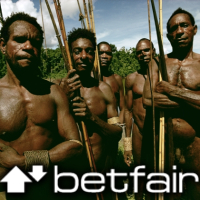 As first suggested here the other day, multiple UK media outlets are now reporting that Betfair will soon part ways with CEO David Yu. Betfair has officially declined comment one way or the other, but sources have told both the Guardian and Telegraph that the betting exchange is talking with corporate headhunters in anticipation of Yu’s departure. If the company chooses to promote from within, finance director Stephen Morana is tipped as the guy with the inside track.

Yu, an American citizen, is supposedly pining to touch the green green grass of home, possibly leaving as early as this autumn. (Just in time for the sport Yanks like Yu call football, assuming the labor strife is really over.) Yu took a leave of absence early in 2010 to deal with a heart ailment, although no one is (as yet) suggesting he’s leaving for medical reasons. But leaving he appears to be, so the question now becomes — has Yu decided to jump or is he being given a helping shove off the gangplank?

Betfair is due to release a full-year results statement on Wednesday, and it better be one hell of a read. In the eight months since its high-flying IPO, Betfair shares have lost 43% of their value, dropping 100p this week alone. On Friday, shares dipped to a new record low of 715.79p before finishing out the week at 743p. Morgan Stanley, which helped guide Betfair into the public markets, is predicting the company will announce full-year EBITDA of £73m and a 15% rise in profit before tax to £31m. But a Morgan analyst also believes the company has “effectively stopped growing” amid a “perfect storm” of regulatory uncertainty, the LMAX debacle and a veritable parade of execs traipsing through the turnstiles.

We can’t speak for Yu, but hell, we’d have jumped…